Goodbye Storrs, the town I loved so well

It’s time for a graduating senior to bid farewell to UConn.

Share All sharing options for: Goodbye Storrs, the town I loved so well

For as long as I can remember, I wanted to go to UConn. My grandmother got season tickets for UConn men’s basketball before I was even born and when I was still too young to even know what basketball was — I was going to UConn games.

For 18 years, all I wanted to do was come to UConn. Now, four years later, I write this having finished my final assignment — putting an end to my college career in Storrs. On Saturday, I graduate with a degree in Communications with minors in History and American Studies.

There are a million people I need to thank for getting me to where I am today, especially these last four years. But most of all, thank you to my late grandmother for getting those tickets all those years ago. And thank you to my parents for always taking me to games and making me fall in love with this school before I even knew what college was.

It’s ironic, then, that the sport that drove me here ended up having the least impact on me over these four years. For the majority of my time here, the men’s basketball team struggled. I still loved it, and made some great memories (the Florida and Houston games this year, Dan Hurley giving his shoes to my friend, the usual) and friends in the student section, I went in as a fan and came out as a fan.

So let’s start on the other end of that scale, with women’s soccer. Coming into college, I knew close to nothing about UConn’s women’s soccer program. My first game on the beat was against Rutgers and the SID forgot to leave me a credential, so I was technically a Daily Campus writer that day.

Looking back, that day itself was very inconsequential and I really don’t even remember much from it. But it was my introduction to a program that would end up having a significant impact on my time in Storrs.

I never would’ve guessed that day a couple of players on the team would end up as close friends. And it was never in the realm of possibility to me that I would end up as a member of that program for a few weeks this semester — as a practice goalkeeper.

Getting the chance to revive my soccer career and see what life was like as a Division I athlete (kind of) was one of the greatest experiences of my life. Of all the things I missed out on because of the coronavirus shutdown, losing a few more weeks with that team is right at the top. But I’m extremely grateful to the coaching staff and the players for welcoming me in and letting me be part of the the action for a little bit.

There’s also hockey. The first game I ever covered was Jan. 7, 2017, my freshman year, against Yale. Our hockey writer, Shawn McGrath, couldn’t get to the game because of a snowstorm. It was a short drive to the XL Center for me so I went. About five minutes into the game, I had to text him — “Dude, they just called offsides. There’s offsides in hockey???”

I eventually figured it out. And three years later, I was meeting with Mike Cavanaugh every week to preview the weekend and eventually started to understand the X’s and O’s of the sport well. I also had the opportunity to embed within the program for a week to write this story — Behind the scenes of UConn’s preparation for Connecticut Ice. I’ve never been more proud of anything I’ve ever written in my life.

There’s men’s soccer and the Goal Patrol — which could be its own story. When I got to UConn, I was burnt out from soccer after playing my entire life and I joined the Goal Patrol somewhat reluctantly. Not only did it reignite my love for the sport and allow me to get some frustrations out (IYKYK), it helped me meet a core of my friends at college.

Baseball deserves a mention, too. Nothing can match the long afternoon days at JO Christian Field, standing along the third baseline just watching the game. Not having the chance to watch one more season at the new Elliot Ballpark is a tough pill to swallow.

And of course — women’s basketball. The opportunity to cover the best basketball program in the country for four years and talk to Geno Auriemma on a routine basis is something I made sure never to take for granted.

It’s easy to pick out some of the big moments as my favorite memories — the South Carolina game for 100 straight wins, Katie Lou Samuelson’s 10-10 performance the AAC title game, my first Final Four, almost getting run over by Christyn Williams — but what I’ll remember the most are the behind the scenes moments: Geno’s legendary off-the-record conversations, getting score updates on the US-Spain World Cup game from Molly Bent at Geno’s golf tournament and especially the late nights in the media work rooms with the other writers.

This past year was by far my favorite. Even more so than years past, I couldn’t wait for the next practice or game to come around just because it was so much fun to be around everyone else on the beat.

All that doesn’t even get into my academic life, either. I came to UConn for the sports — don’t get me wrong — but it wasn’t my whole life. Some of my best memories are those late nights hanging out with friends, playing FIFA, talking — things we took for granted at the time. Then, there are those spur of the moment decisions — hey, I’m gonna take Elementary Irish agus tá muid anseo. There’s also those random moments around campus, bumping into a friend or having a random interaction with a stranger — those are the things I’ll miss the most.

Even now, I’m still frustrated, angry and upset that I didn’t get a proper end with closure to senior year and those feelings will probably stick around for a while. It would’ve been nice to not be at this school for its worst stretch of sports since the 1980s, but those are all out of my control. I leave UConn with no regrets and up until March — I wouldn’t change a thing. As a terrified freshman, I had no idea what to expect out of college. Never in my wildest dreams could I have imagined what ultimately unfolded.

I’ll forever be indebted to UConn for giving me this experience. I wish I could thank every single person individually that made this such an amazing four years, but that list would go on far too long. So thank you to my friends, thank you to everyone at the blog for making this the best job in the world, thank you to everyone in the athletic department who made an impact, thank you to all my fellow media members and beat writers and thank you to everyone who interacted with me on Twitter or took the time to read my stories. It all means more than you’ll ever know.

I used to say that getting into UConn was the greatest accomplishment of my life, because of the amount of work I needed to do despite some difficult circumstances to achieve my biggest goal. But now, as a soon-to-be graduate from my dream school, I couldn’t be more proud of everything that I’ve done over the last four years of my life.

This isn’t goodbye — I’ll still be doing my same duties here at The UConn Blog moving forward. But for now, I have to bid farewell to UConn. As a kid, all I wanted in life was to be a Husky. And after four years here, I can leave knowing that I made that little kid proud. 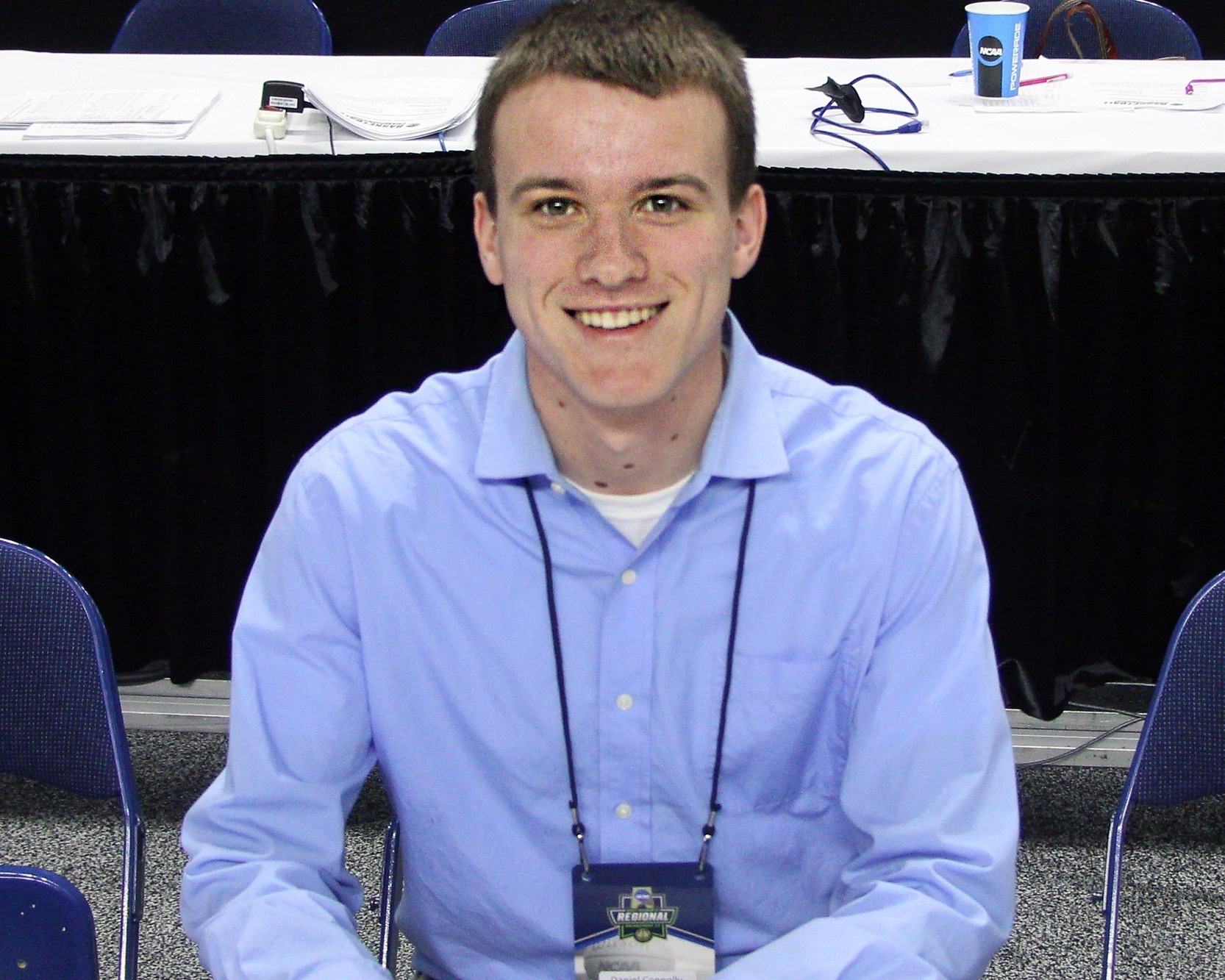 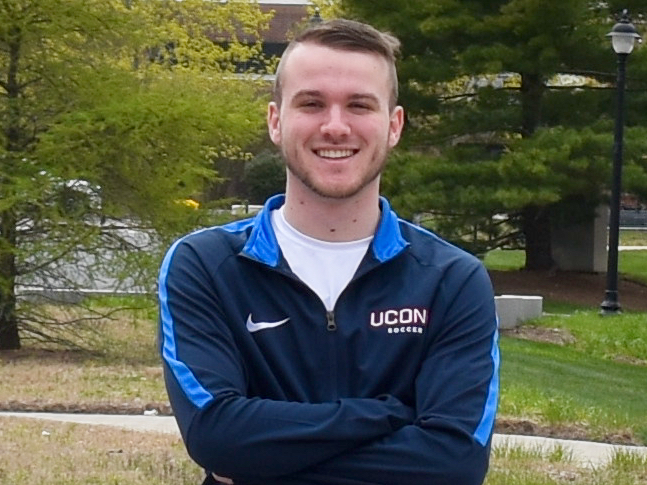