The former UConn women’s basketball player is being mentored by another former Husky.

Share All sharing options for: Kia Nurse Adjusting to WNBA, Life After UConn

Despite having the most former players in the WNBA with 17, playing professional basketball is certainly a lot different than playing at UConn. While the on-court product is obviously better, former Husky Kia Nurse — the 10th overall pick of the New York Liberty — is learning life is a lot different when Chris Dailey isn’t planning out every second of her life.

“Off the court, [the biggest change] is the amount of free time we have,” she said. “Everything at UConn was very structured and you knew exactly what you were doing with your schedule. Now you can do whatever you want whenever you want.” 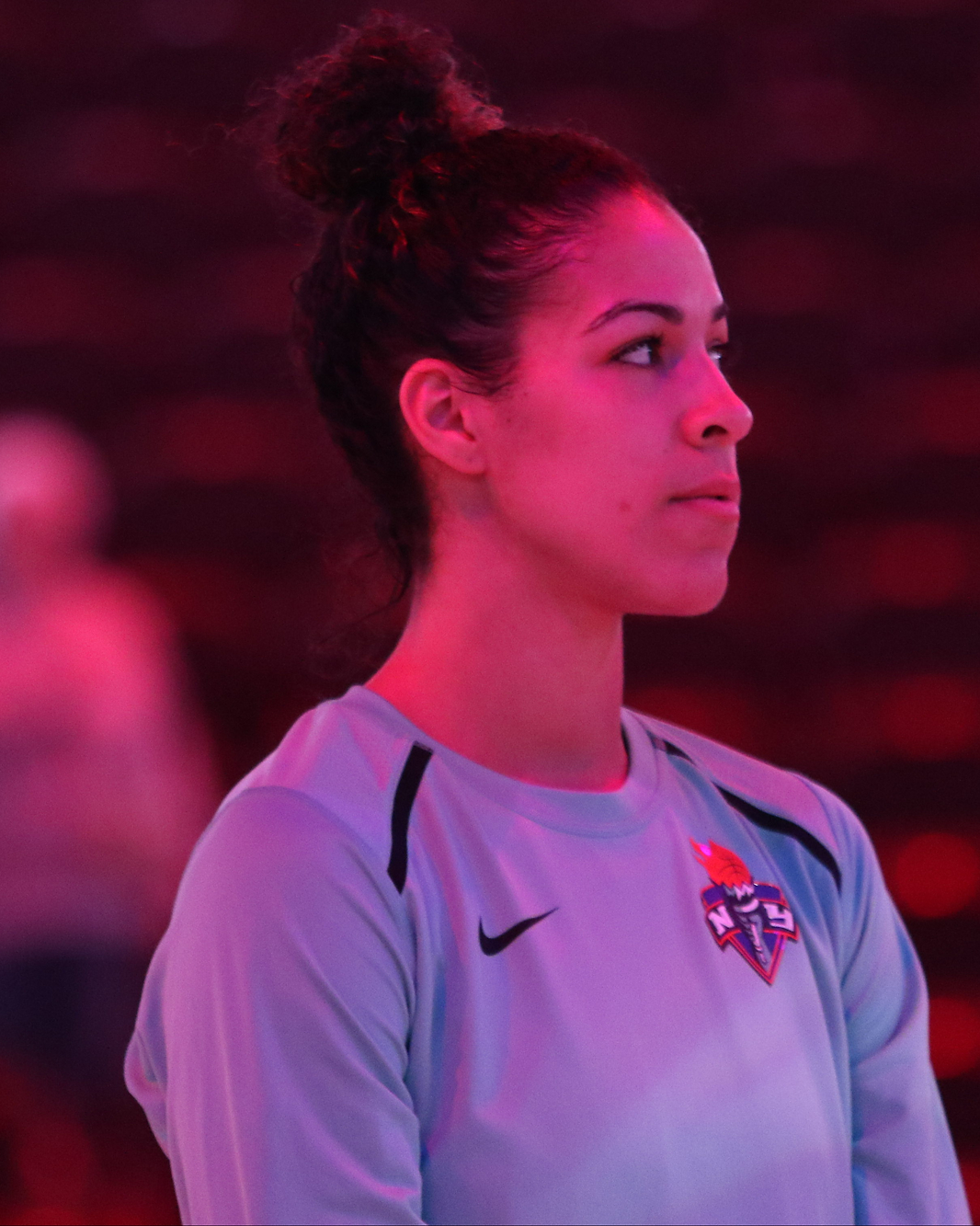 However, Nurse isn’t complaining about her newfound freedom.

“It’s a great lifestyle,” she said. “A lot of opportunities for you to figure out what you want to do with your life and also continue to get better as a basketball player and grow as a person. So it’s been a lot of fun.”

On the court, things are also pretty different from Nurse. In late June, the Liberty lost five straight games, which were two more losses in the span of a week than Nurse experienced in her entire four-year career at UConn. Luckily, losing isn’t too much of a foreign concept to the Hamilton, Canada native.

“I lost a lot more games with the national team than you think. You win some, you lose some, that’s how to goes,” Nurse said. “We’re facing a little bit of adversity right now with our team so we’re continuing each and every day to get better and execute the way we want to.”

This past season, the Liberty moved out of Madison Square Garden to Westchester, NY — just outside of New York City. This means the team doesn’t live in the city and Nurse doesn’t have to experience the culture shock of going from the ultra-rural Storrs to the City That Never Sleeps.

“We live outside the city which I prefer. There’s a lot of people and a lot of cars in the city and traffic that I can not handle but where we live it’s quiet area,” she said. “It’s a little city out there in Westchester, the people are great. Trying to find the little hole in the wall restaurants is what I do right now, but it’s been a lot of fun.”

For most players in the league, basketball becomes a year-round job because the WNBA doesn’t pay them enough to support themselves. Because of this, players head to the higher-paying leagues in Europe and Asia for the winter. Nurse is no exception while she has been in contact with teams, she isn’t making any announcements just yet.

The entire process can be overwhelming for a rookie but luckily, Nurse has a mentor in fellow former UConn guard, Bria Hartley.

“She’s a super woman,” Nurse said of Hartley. “She’s taken me aside, helped me off the court and helped me understand how to be a professional and how the overseas stuff works. She’s taken a hand in that helping me with that.”

Hartley is entering her fifth season and while she doesn’t play overseas anymore, understands how difficult it is to be in Nurse’s shoes.

“I try to do the best I can to help her out. I remember when I was a rookie and trying to figure stuff out,” Harley said. “She has a great feel for the game. You see how well she does with Canadian basketball, how well she did at UConn, so we want to build on her strengths but also get her to get more comfortable.”

Nurse has been a solid bench piece for the Liberty so far, playing in all 20 games while averaging 8.3 points, 2.2 rebounds and 1.6 assists in 20.9 minutes per game this season.

At UConn, she earned minutes early because of her hard work and defense. So far in the WNBA, she’s using the same formula to get on the court.

“She’s definitely annoying when she’s guarding you. It frustrates a lot of teams, it gets them uncomfortable, and that’s what you want in a defender,” Hartley said. “She’s non-stop, definitely a hard worker, one of the hardest workers I’ve seen and when she goes out there she knows she can always rely on her defense.”