No. 21 UConn Baseball Swept in Doubleheader by Houston

The Huskies had swept their last five doubleheaders dating back to the beginning of 2017.

Share All sharing options for: No. 21 UConn Baseball Swept in Doubleheader by Houston

No. 21 UConn baseball had not lost consecutive games since March 24-25 against USF, a stretch of 24 games. The Huskies had also won their last five conference series. Both of those streaks vanished in the blink of a double-header sweep by Houston on Friday.

“It was a long day and a long night in Hartford,” head coach Jim Penders said.

Game 1 was characterized by a very weird pitching matchup. Mason Feole nor Trey Cumbie had dominant numbers, but each were effective at keeping their teams in the game, looking un-hittable at times.

“It certainly wasn’t high-end Mason Feole, but it was enough to win.”

UConn had a 2-1 lead when it unraveled in the seventh thanks to Lael Lockhart’s two-run home run that gave the advantage back to the Cougars after the Huskies took it the previous frame on a deep drive over the fence by right fielder Isaac Feldstein.

Kyle Lovelace, Houston’s No. 9 hitter, singled and ended the night for Feole. Lovelace scored when he jarred the ball away from second baseman Michael Woodworth on his slide trying to steal second base, taking third on the play and eventually coming home on a wild pitch from CJ Dandeneau.

Dandeneau completed the inning and got the first two outs of the eighth in quick fashion, but allowed the next two Houston hitters to reach base with a single and a hit-by-pitch.

Penders elected not to go either Jacob Wallace or PJ Poulin to face Lockhart, who was 2-for-3 with his two-run homer, and Lockhart deposited a two-run double into the cavernous right-center field gap for a 6-4 Houston lead.

Wallace was lightly throwing but Poulin did not warm up in the eighth inning.

The Huskies got as close as they could to tying it in the final frame, getting a run in thanks to third baseman Conor Moriarty’s single in addition to getting a pair of runners in scoring position, but neither left fielder John Toppa or shortstop Anthony Prato could bring the tying run across. 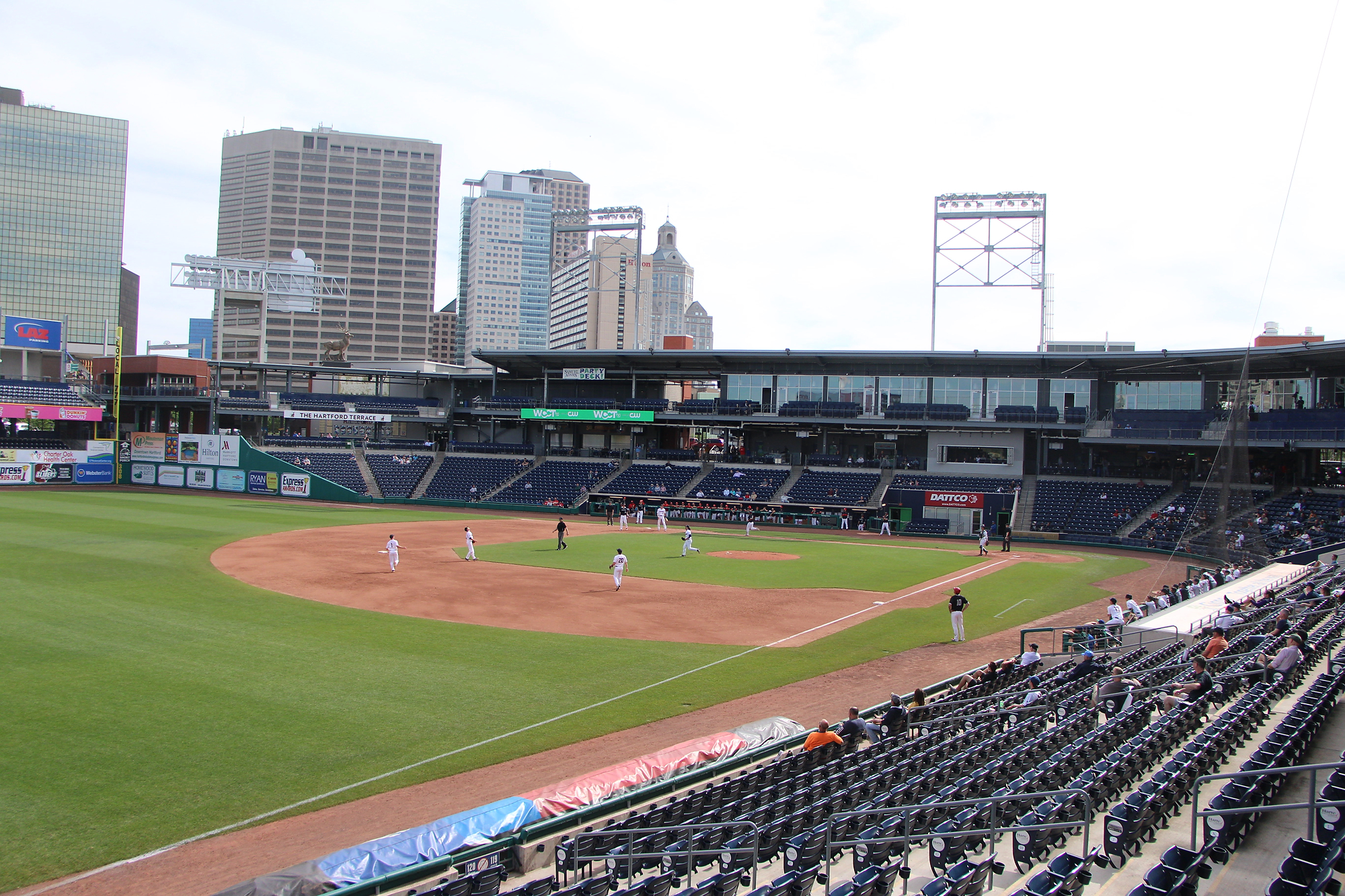 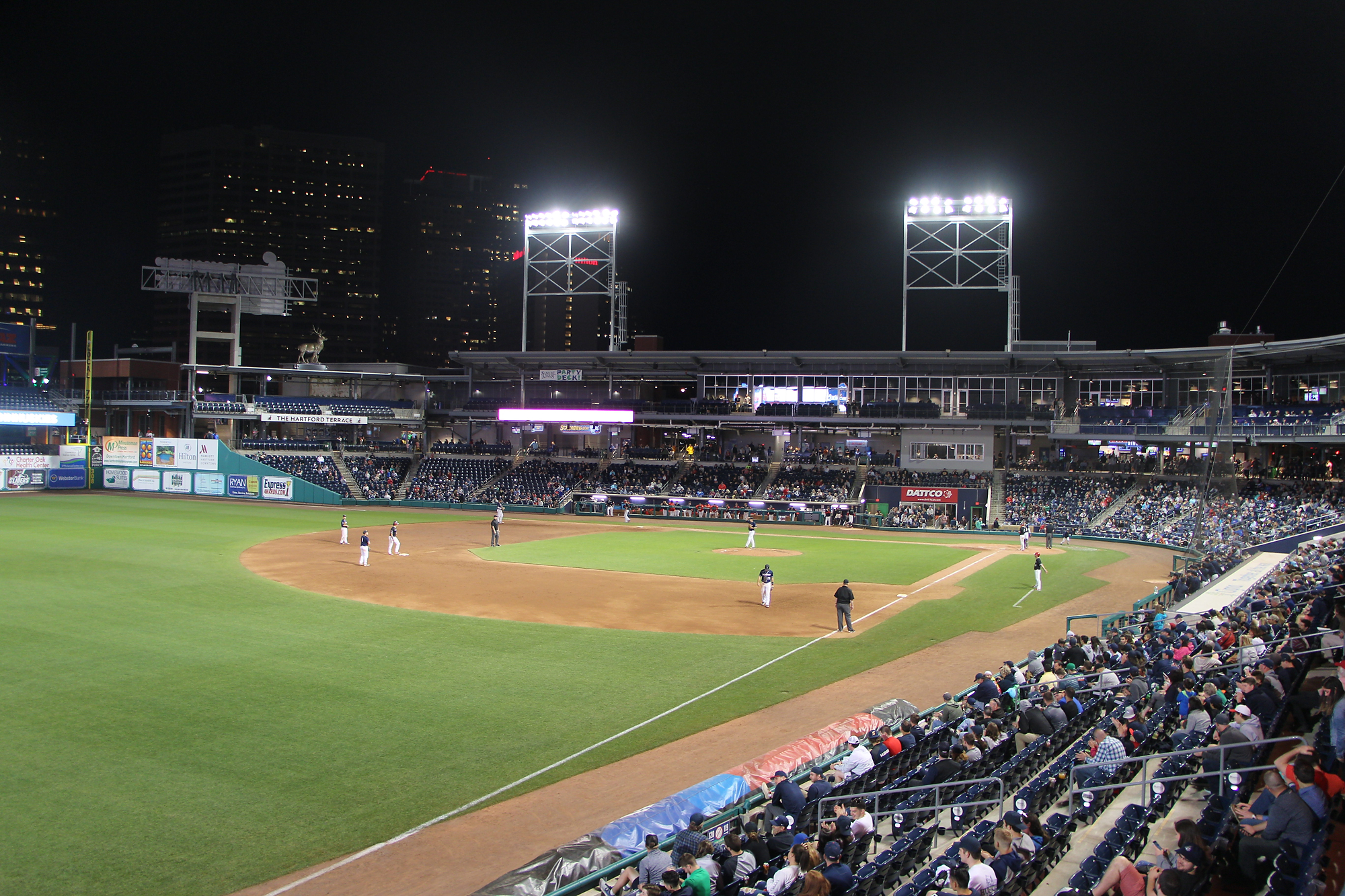 The Cougars did not seem to care about sitting between games as they teed off early on Jeff Kersten, who allowed six runs (four earned) on 10 hits in 4 2/3 innings.

“With a four-pitch walk to start the second game, we handed them a little momentum,” Penders said.

The visitors notched three hard hits in the first inning, resulting in two runs and after a one-inning respite, they added another pair on Joe Davis’ two-run home run.

It could have been more, as Houston had runners on the corners with one out in the third, but they ran into an out on a suicide squeeze.

In the following frame, Moriarty drilled a homer to left, but they were not able to capitalize any more as Houston pitcher Aaron Fletcher dazzled on the mound.

He pitched seven innings, allowing one run on five hits. He did not walk a batter and struck out five.

“Fletcher was oustanding,” Penders said. “He had three pitches for strikes, he kept the ball on the ground. When we did get out bats on it, we never squared it up.”

His offense tremendously aided the effort as Houston scored four runs through the middle and late stages of the game, anchored by Davis, who finished 4-for-5 with two home runs and two doubles.