After a tough loss Friday, the Huskies got back in the win column in Game 2.

Share All sharing options for: UConn Baseball Ties Series After Win Over Cincinnati

UConn Baseball rebounded from Friday’s controversial loss as the Huskies got the best of the Cincinnati Bearcats, 6-4, on Saturday afternoon at J.O. Christian Field.

“The guys who have to hit are now hitting,” head coach Jim Penders explained.

Cincinnati opened the scoring when Ryan Noda led off with a single and made it across the plate on a passed ball. 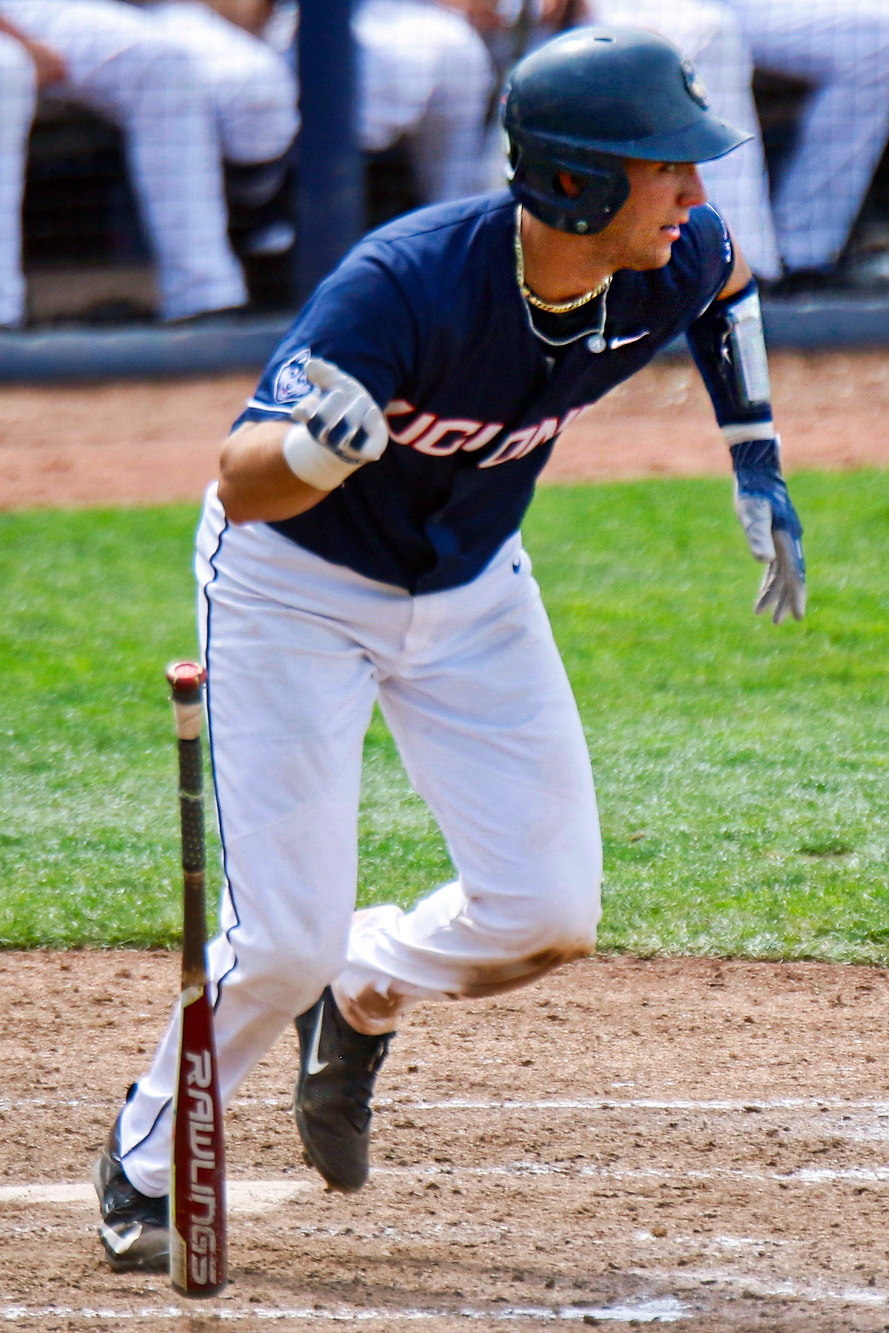 Bearcats’ starting pitcher AJ Kullman held the Huskies offensively until the fourth when Susi singled to lead off and then Feldstein homered. The right-hander went opposite field for his second home run in as many days.

“I really got back to a good approach and I am definitely in a good place,” Feldstein said.

UConn added another pair of runs in the fifth when Yahn doubled up the left-field line, scoring second baseman Conor Moriarty. Feldstein notched his third RBI with a single to give the Huskies a 4-1 lead.

“[Feldstein] looks a little more locked in than he did a few weeks ago,” Penders said.

UConn starter Mason Feole was not sparkling, but he was effective in his 6 1/3 innings of work. He allowed nine hits, but just two runs, only one of which was earned. He held the Bearcats stagnant through the middle stages as UConn built its lead.

"I’m okay with that,” Penders said of Feole’s start. “If you can scatter the hits around and pitch to contact, that’s fine.”

Ryan Radue inherited two baserunners when Feole exited in the seventh, and allowed one to come across, but UConn scored another pair in the bottom half of the inning.

Shortstop Anthony Prato singled to lead off and scored after a pair of wild pitches before a safety squeeze bunt by Toppa brought in Yahn to make it 6-2.

The eighth almost spelled disaster. Radue could not find the zone and neither could his replacement, Trevor Holmes. Treg Haberkorn hit a two-run single with the bases loaded and another walk by Holmes re-loaded them before Penders went to John Russell.

Russell got a strikeout followed by a 1-2-3 double play to get the Huskies out of the inning with a 6-4 lead.

“It was an 0-2 pitch, the kid hit it pretty hard but luckily I was able to glove it and get it to [Susi],” Russell said.

He held the Bearcats in the ninth for his 12th save of the season, one off of the program’s single-season record, held by Kevin Vance.