The Huskies had a 4-0 lead heading into the ninth but failed to put it away.

UConn Baseball has now lost four of its last five after losing a four-run ninth inning lead to Cincinnati at J.O Christian Field in a game that ended with some drama, falling 5-4. 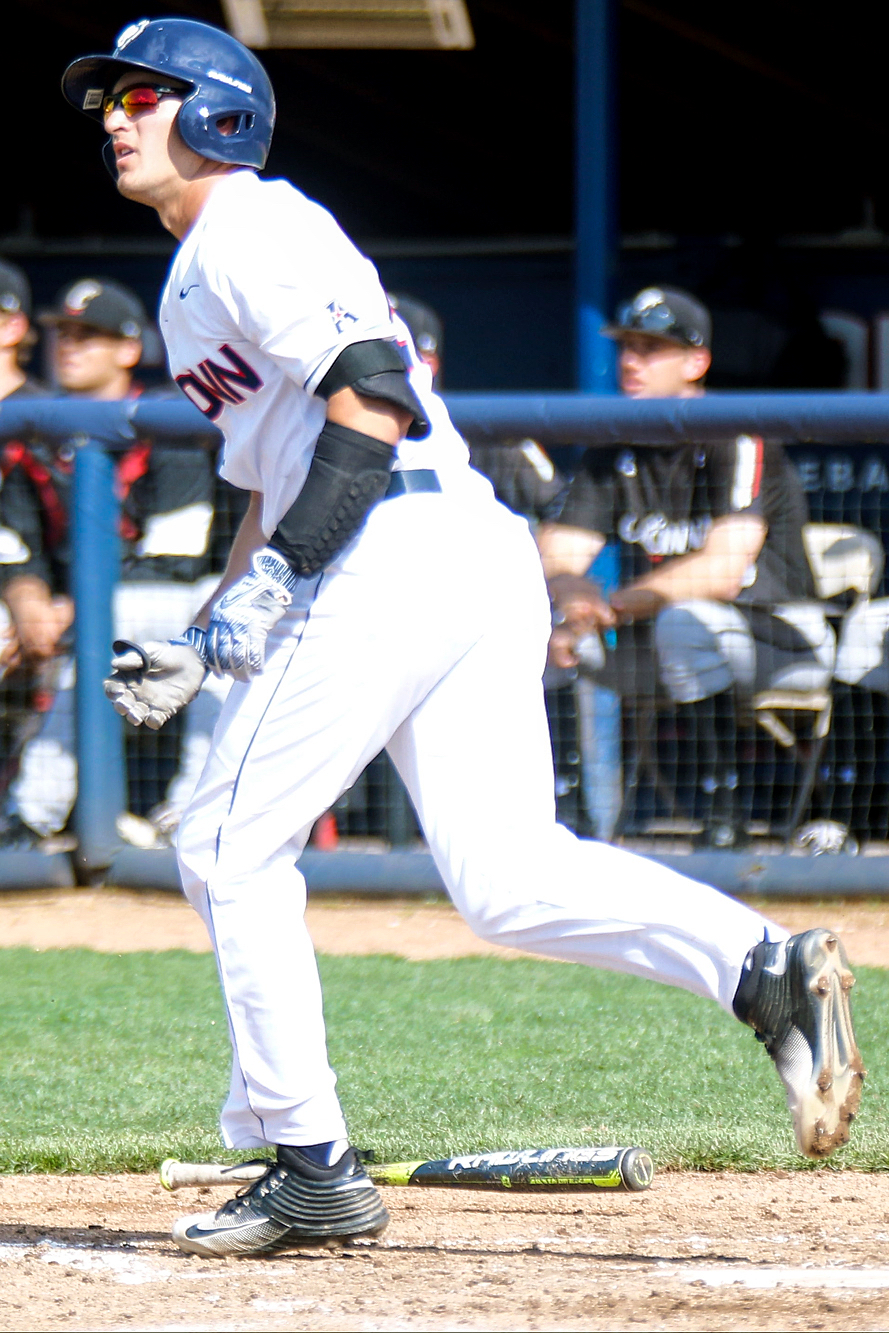 Right fielder Isaac Feldstein drove in all four Husky runs. He doubled to let catcher Zac Susi score in the first and added three more on a deep home run over the shrubbery in left field in the third. UConn appeared to be cruising to a comfortable conference win.

Dan Rajkowski came on to begin the ninth and loaded the bases while failing to get an out. Head coach Jim Penders went to go get his closer, John Russell, as it had become a save situation.

AJ Bumpass, the only Cincinnati starter with a batting average higher than .300, was the first to face Russell. He took a 1-2 pitch deep to right field. Feldstein almost got to it, but the ball got over the short porch for a grand slam and the game was tied.

As Bumpass rounded first, it appeared as though he passed teammate RJ Thompson, who was standing on first. If he had, his run would not have counted. Penders went out to talk to home plate umpire Brian Drury about it. The three officials concluded there was no mistake and the game remained even.

Connor McVey came up next and singled before stealing both second and third. Russell got two strikeouts, sending Jace Mercer to bat with two outs and the go-ahead run 90 feet away.

On a pitch, the ball got under Susi and behind him. Sensing the confusion, McVey made the heads-up play and went home, beating Susi’s flip to a charging Russell.

Both Susi and Penders thought that Mercer had been hit with the pitch and again the head coach expressed to Drury his concern that the wrong call was made. The umpires conferenced before Drury pointed home, indicating McVey’s run would count.

Re: the call that got Penders tossed. Everyone involved but the umpire thinks that this got a piece of Mercer... He is halfway down the line pic.twitter.com/Ai5MElqCoB

Penders shot out of the dugout and he was ejected from the contest before he could mount an argument.

In the bottom of the ninth, needing a run, UConn got two runners on with two outs after consecutive singles by pinch-hitters Alex Lefevre and Conor Moriarty, but neither of them came across to score, ending the game at 5-4.

The Huskies (22-18, 7-6) resume their series with Cincinnati on Saturday. Wills Montgomerie will throw the first pitch at 1 p.m.