Niels Giffey has returned to the capital of soccer and schnitzel, inking a 3 year deal with German club Alba Berlin. Giffey had competed for Alba at the junior level from 2008-10 before becoming a two-time National Champion at the University of Connecticut. Following the 2014 National Championship, Giffey went undrafted before joining the Memphis Grizzlies summer league team in early July. After a disappointing stretch that saw no playing time, Giffey bolted to Vegas, suiting up for the Utah Jazz. It was in Vegas Giffey reached terms with Alba sporting director Mithat Demirel (pictured below) who was in town scouting. Although the terms of the deal have not been released, it would be fair to assume Giffey negotiated an out-clause allowing him to opt out and sign with a NBA team if the opportunity presented itself. 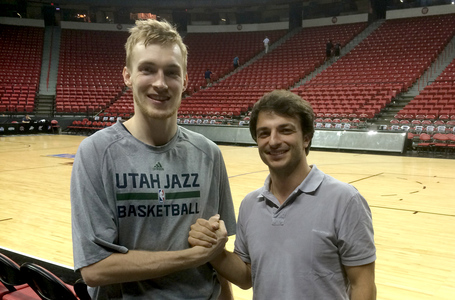 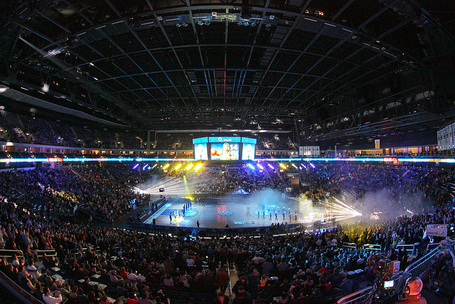 Here is some video from Giffey's last stint in Germany, the 2013 European Championship when he made his debut with the men's national team:

Congratulations to Niels on his homecoming and I look forward to covering him in the fall.