A look in at what former UConn stars are up to as NBA free agency is unfolding.

Share All sharing options for: UConn Huskies in Free Agency

As the rest of the sporting world is held captive, awaiting word from LeBron James and Carmelo Anthony, there are other players on the market, including some former Huskies. Ray Allen, Ben Gordon, Charlie Villanueva, Jeff Adrien, Caron Butler, Rudy Gay, and Emeka Okafor all had options this off-season to search for a new team. At this point in the summer, Ben Gordon and Rudy Gay have signed contracts. 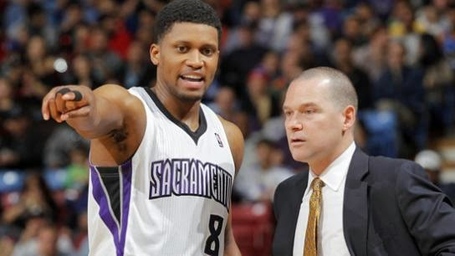 After playing on three teams in two seasons, Rudy Gay has seemingly found a home in Sacramento. Gay, 27, has decided to opt-in to his final season under contract to remain with the Kings through the 2014-15 season. The Kings acquired Gay in a midseason deal with the Toronto Raptors. Following the trade, Gay played some of the best ball of his career, averaging 20.1 PPG while shooting over 48% from the field. He is slated to make over $19 million next season before becoming an unrestricted free agent in the summer.

Just a few weeks shy of 39, Ray Allen is the oldest ex-UConn star available, but it can be argued that he is the most valuable. He played his last two seasons as a member of the Miami Heat, cashing in on 38% of his three pointers in 2013-14. It is no surprise that Allen, the all time leader in three pointers made, is waiting to see where LeBron James ends up. There have been reports that Allen will follow him wherever he goes, whether it be back with the Heat or to the Cleveland Cavaliers. At this stage in Ray Allen's career, it makes sense. Continuing his partnership with the best player in the league will only bolster his reputation as a winner. 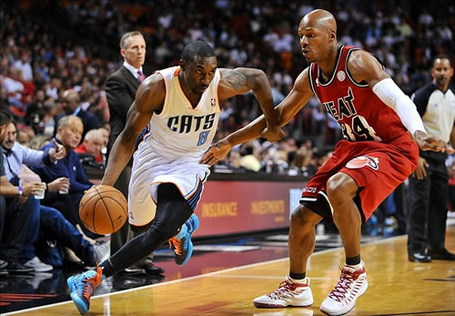 Gordon was the first to find a new home, landing with the Orlando Magic on a 2 yr/$9 million deal. That signing was met with skepticism throughout certain NBA circles, as the 31 year old Gordon was waived by the Charlotte Bobcats. To add insult to injury, Charlotte waived Gordon after March 1st, which was the last day a free agent could sign with a new team and play in the postseason. Many around the league view Orlando as a crux in Gordon's career, either he resurrects his standing or it's the end of the road.

Amongst the notable free agents available is Charlie Villanueva. He has played the last five seasons as a Detroit Piston, appearing in just 20 games this past year. This offseason is a pivotal for Villanueva. He has decided to document his summer in a documentary series called "Crossroads" which takes viewers behind the scenes to watch Villanueva workout, talk with his agent and gain a new perspective into the life of an NBA free agent. You can watch the trailer for the series here.

After spending the second half and the playoffs as a member of the Oklahoma City Thunder, 34 year old Caron Butler finds himself on the free market. Butler has played 12 seasons in the NBA, making the playoffs in 7 of those years. His reputation is built as a key veteran presence, who will stabilize the locker room, while still providing excellent floor spacing and physical defense. The Thunder are rumored to likely bring Butler back.

This is offseason is important for another former UConn star. Emeka Okafor, winner of the Most Outstanding Player of the 2004 Final Four and 2005 NBA Rookie of the Year, is available after injuries forced him to miss the whole 2013-14 campaign. Okafor, 31, last played for the Washington Wizards in 2012-13, where he averaged 9.7 PPG and 8.9 RPG. If he can get healthy enough to get onto the court, Okafor could be a steal. Whichever team snaps him up will be acquiring a center that provides strong interior defense and tough rebounder.

Jeff Adrien, while not a household name, is quietly one of the best kept secrets on the market. A four year veteran, Adrien has proved himself to be a scrappy and hard-nosed defender and rebounder. Last season with the Bobcats, in 271 minutes, Charlotte posted a defensive rating of 96.8 with Adrien on the floor; 101.6 with him off. Although undersized, Adrien is a notable rebounding presence. Last season, he averaged 11.5 rebounds per 36 minutes. Jeff Adrien is a winning player that isn't generating that much publicity, but he could be had on a cheap contract.