Come one come all, tell us why you're the strongest UConn fan and win a stability ball (or yoga mat)

Do you think you're a strong UConn fan? Did you go to every single NCAA Tournament game? Or, perhaps more impressively, have you been to a UConn football game in the past three years?

Show us how strong of a fan you really are and you'll have a chance to win some lovely UConn logo-ed exercise equipmunk. It'll be as simple as sending a tweet to our friends over at Cirrus Fitness.

Here's how you play:

2. Tweet a captioned picture or video to @CirrusFitness and @TheUConnBlog explaining why you are the worlds strongest UConn fan. In said tweet you must display either physical strength or the strength of your fanhood, preferably both. For example: curling life size replica's of UConn's 4 National Championship trophy's (2 in each hand, duh) while balancing on a game-used ball signed by Ray Allen and rapping Ed Nelson's "Pick-up Truck" in your UConn themed man-cave with championship banners hanging from the ceiling. That would probably win.

"It's time for the feats of strength!" 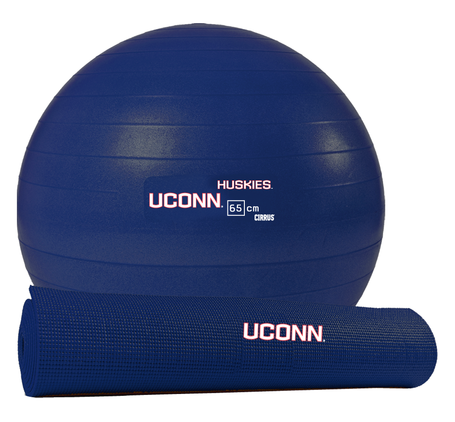 A PIECE OF WORLD CLASS EXERCISE STUFF! You can choose between a stability ball or exercise mat. Don't exercise? You can chuck the stability ball at Syracuse fans to hopefully knock them down a peg or two. You can use the yoga mat as a bath mat so you don't slip in the shower or bathroom! There are entire lists dedicated to non strenuous ways to take advantage of a yoga mat, without even mentioning how much Subway bread you can make from it. Worst case scenario if that isn't your cup of tea you can re-gift it to a friend who does!

I hope you have fun with this one guys. Vine is a great way to send short videos via Twitter and bonus points will absolutely be awarded for creativity. Go as far as you possibly can folks, because nearly $40 worth of exercise equipment is on the line. We did this last year with some fun results and commenter JG04 won the yoga mat with his Andre Drummond photoshopping. I have much higher expectations for this year. 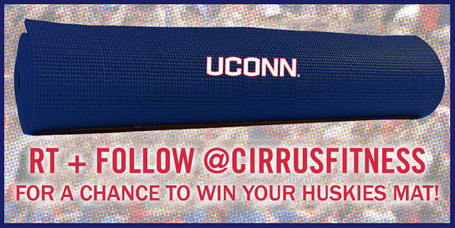