And so it begins. This Saturday, UConn will be hosting Maryland at Rentschler Field in the second of a home and home with the Terrapins. We won the first matchup last year 24-21, but the big story here obviously is Randy Edsall making his return to the place where he started his head coaching career.

It’s tough for me to truly hate Esdall because even though he left UConn in the most cowardly way imaginable, he did put our school on the map and oversee our move from 1-AA to 1-A in 1999. He’s the winningest coach in UConn history and led us to unthinkable heights when we made the 2011 Fiesta Bowl. He put some good players in the pros, notched our first bowl win in 2004 and twice won a share of the Big East title.

The downside was that a lot of those UConn teams were brutal to watch (not much has changed in that respect), people were constantly calling for him to be replaced and, let’s face it, making the Fiesta Bowl was kind of a fluke- we lost to freaking Temple that year. Oh and by the way, he left like an asshole. To not fly back with the team after the Fiesta Bowl, to not tell your players face to face that you’re leaving and to leave for a marginally more attractive program (at the time*) makes it very, very easy to hate him. He called Maryland his dream job because of his roots in that area, but I suspect his dreams really came true when he saw the dollar figure on that job offer. 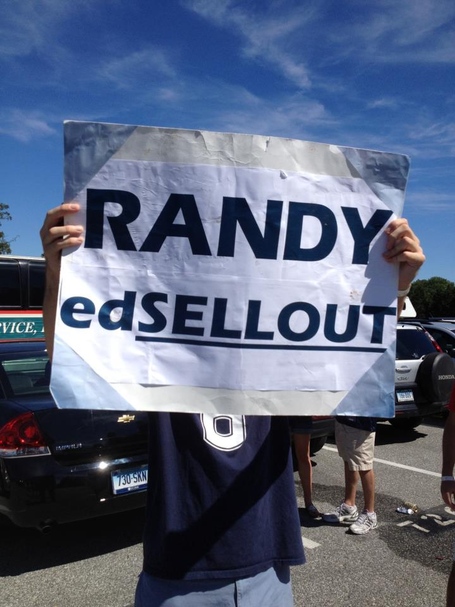 (*Given the fact that we’re something called the American Athletic Conference and Maryland is on its way to the Big 10, that has changed dramatically, but this wasn’t the case two years ago)

So of course, like any card carrying UConn fan, I hate Randy Esdall. And to my delight, 2011 pretty much could not have gone worse for him. In his first year, Maryland went 2-10, and watched 24 players transfer out. The next year they lost a bunch of QB’s to injury, watched UConn come into his house and beat them, and then they ended that season with 6 straight losses to finish 4-8. Thanks to their outstanding TV market, they’ll be playing in the Big 10 soon, so they’ll have the opportunity to occupy the basement of that conference for the foreseeable future while making a ton of money and maybe work their way up the college football ladder. Maryland fans, for the most part, hate his guts and it looks like he may be on his way out if things don’t improve significantly this year. With the move to the Big 10 coming, they shouldn’t have any problem finding a high-profile successor.

We’ll have our normal game coverage going this week, but obviously this is not just any game. The head coach coming into our house this Saturday left UConn at its ‘peak’ to go 6-18 at a mediocre program in the hated ACC, and we’ve had to suffer the past three years of the Paul Pasqualoni Era as a result. College football, for better or worse (mostly worse), is a business but he didn’t need to leave the way he did. Actions speak louder than words and his actions showed no respect for this school or for the players to whom he made a commitment. The boos will rain loudly this Saturday Randy, and hopefully when all is said and done you will have collected your second loss at the hand of the Huskies, and maybe, just maybe, you’ll be left wondering what could have been had you stayed.