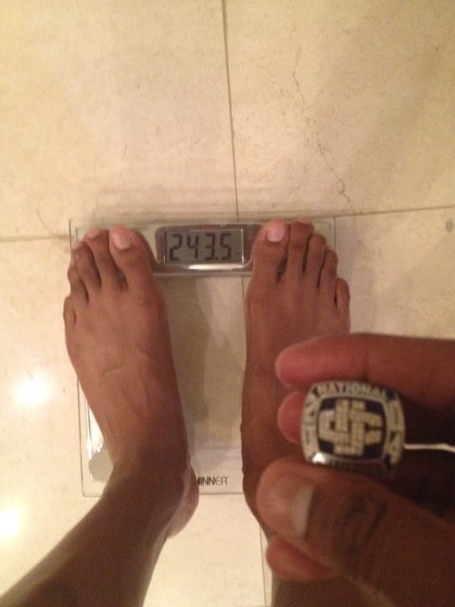 You're looking at Charlie Villanueva's feet. You're also seeing his bathroom scale and the tiling in said bathroom. Oh, and of course his 2004 National Championship ring. Why are you looking at all this? Obviously because John Calipari said he cut Villanueva from the Dominican Olympic team for being overweight. Duh.

Fake Coach Cal apparently said that Villanueva was overweight. to which Villanueva responded with the above picture, which according to Deadspin lists Villanuvea as a mere 11.5 pounds above his listed playing weight.... but who's counting. For his part, Villanueva is saying that he never even tried out for the team. You can be the judge.