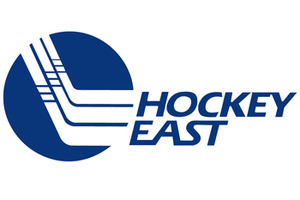 As we've suspected for a while, and all know now, UConn and Hockey East are maybe/sort-of/kind-of into one another. Nothing's happened yet, but the two have given each other enough sly smiles and winks to think that there's a good chance that something could go down. But does a pairing make sense? As with most things in life the answer is probably "maybe," but let's take a closer look.

There are actually two important questions here. Does UConn make sense for Hockey East and does Hockey East make sense for UConn? Over at BC Interruption (try to ignore the potshots at UConn, at this point they're the equivalent of North Korea running "military exercises" in the Sea of Japan -- anticipated and harmless) they make a pretty convincing case that expanding to 11 teams (by adding Notre Dame) was a mistake in the first place, and adding a tweleth team does not do anything to make that mistake any better. With that said, Hockey East seems interested in adding a 12th program, and there isn't exactly a wealth of choices for them to pick from. Both Quinnipiac and Holy Cross have been mentioend, but neither is what you'd call a power. They also don't have the state school resources or brand of UConn. If Hockey East grabs UConn, it won't be because they really wanted UConn, it'll be beacuse they really wanted a balanced conference and UConn was easy and available.

The more pertinent question, at least for readers of this blog, is if it makes sense for UConn to join Hockey East.

Doing so would require the Huskies to do two things: 1) Figure out some sort of arena to play in and 2) add scholarships. UConn hired a consulting firm last year to evaluate the hockey program, so the fact that these discussions are even happening is a strong indicator that the firm's report endorsed throwing more support behind hockey. The costs are significant though. A report today indicated that adding 18 scholarships would increase the athletic department's budget by at least $2 million dollars and other stories have said that UConn officials are favoring the construction of a new on-campus arena (which would cost several million dollars), as opposed to using the XL Center.

There are two thigns to keep in mind here: the first is that if UConn goes get invited to Hockey East, playing in the XL Center for a few years is a decent stop-gap measure while money is raised and a new stadium is built. But it's not a permanent solution. Given the popularity of college hockey generally, and especially it's lack of mindshare at UConn, playing in a large arena like XL just isn't practical long term. Students would have a hard time traveling, and if you thought an arena that big seemed dead during basketball games, picture it with 10,000 empty seats. Looking at the size of current Hockey East Arenas, I'd imagine UConn would be eyeing something in the four to six thousand seat range. That, especially if it was on campus, is something I can see UConn filling. Hockey is never going to outdraw men's basketball, but I could see it, with some time, becoming the winter sport equivalent to the soccer program.

The second thing, of course, is money, and this is what we really don't know much about. When Paul Pendergast left UConn in the middle of the last decade, he apparently took his map of Connecticut's secret money fountain with him. But when he returned last year, so did his map and oceans of money have been flowing into the athletic department, and not only for basketball -- one donor dropped $3 million to build a new soccer stadium. It'd not hard to imagine that UConn might have a wealthy alum or two who is very intersted in seeing their alma mater have a competitive hockey program (the governor, Dan Malloy, is also a big fan). Hockey's a popular sport in Connecticut (it's also a sport that generally requires its athletes to come from a somewhat wealthy background), so it's not impossible to think that if UConn gets into Hockey East and commits to the support that they'll have the funding to do it.

Hockey is never going to be the number one, or number two sport at UConn, but it does not need to be. If the school commits to it and handles it intelligently, I think it could do well, and I think the soccer analogy might be the best one. There is room for a program like that, and there is talent in the state to build it into a real competitor over the next 10 to 15 years. But before they can build it, UConn has to pay for it. If they can, I say go for it.