As new photos come in (with better lighting), it appears that while still gray, the new UConn uniforms are slightly more...UConn-y. What appeared to be black trim is, in fact, national flag blue. There are also some stylistic shout-outs to previous uniforms, such as an homage to the 99-07 era side paneling.

Nike chose schools that have all won National Championships while wearing Nike (UConn was the only school whose men's and women's teams were chosen) so the National Championship stars are prominently displayed. This move the players' names below the stars on the back. (That's a Syracuse picture, but it's the same for all. Incidentally it looks like there was probably room for Scoop Jardine's name and Syracuse's one star above the numbers, but, as you'll see below, UConn's stars take up more real estate.) The uniforms also come with specific shoes and socks (we'll see if Shabazz has other plans, however).

Check out the images below and fill out the poll at the bottom to let us know how you feel about the new look. 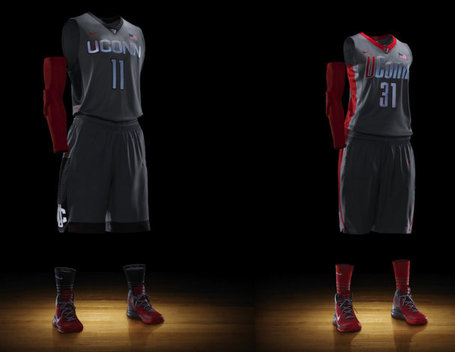 More photos (including the widely praised warmup jacket) after the jump! 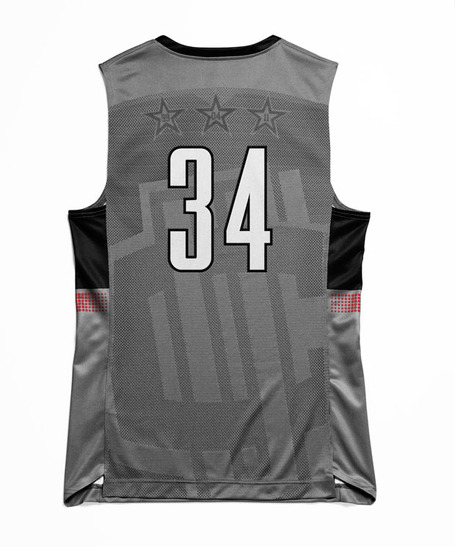 The back of the men's platinum jersey. Note the three championship stars and the "throwback" side-paneling. 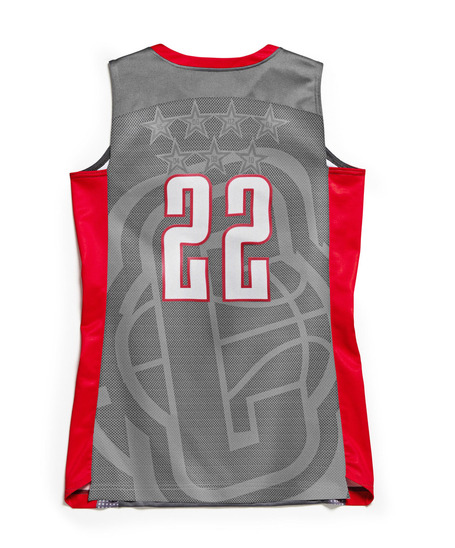 The back of the women's Nike platinum jersey. Lots of stars. 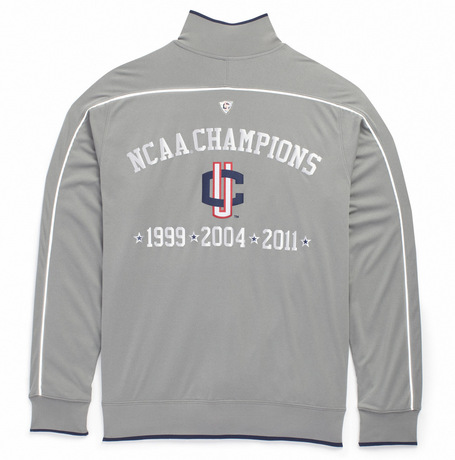