Share All sharing options for: UConn baseball is a steamroller and George Springer is behind the wheel 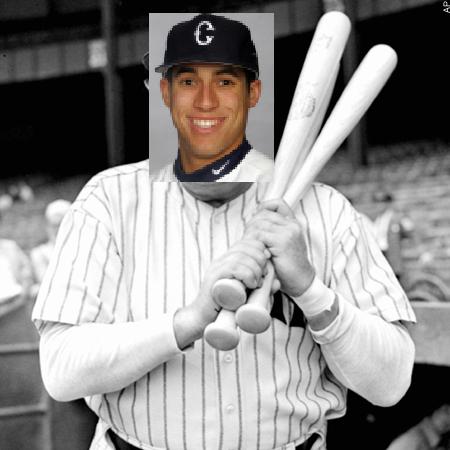 Remember when we told you that UConn baseball was crushing the Big East? Yeah, still happening. The Huskies are opening their last home series of the season tonight against Louisville (6 p.m. at Dodd Stadium in Norwich) and damn if they aren't red hot. The Huskies have won 18 of their last 19, are the only team in the Big East to have clinched a conference tournament bid, and with eight games left to go have a magic number of two against both St. John's and West Virginia. The Huskies have never won the Big East title outright.

This selection of the Big East's weekly notes should give you an idea of just how powerful they are:

The Cardinals have lost six straight and their last eight road games so UConn has a good chance to wrap up their first conference title this weekend. If there is a game to watch out for though it will be Saturday's when Louisville pitcher Justin Amlung will take the mound. Amlung lost his first game of the season last week against Seton Hall and is 8-1 with a 1.58 era.

Of course he'll have to contend with the world-destroying force that is George Springer.

It's easier to deal with Springer's stats in rundown form (Big East rank in parentheses):

Not content with dominating the Big East in most traditional statistics, Springer is also 4th in the conference for hit by pitch with 15. The man is in beast mode all the time.

If you can't make it down to Norwich tonight, the Huskies and Louisville will return to Storrs to play on Saturday at 1 and Sunday at noon.