Share All sharing options for: Let's take a look at UConn's championship gear

UConn fans have absolutely no right to complain about anything from Monday night. Well, almost anything, because the championship shirts and hats the team wore after the game were absolutely horrendous and make me want to tear my eyes out.

Luckily for you, when a team wins a championship everyone on earth rushes to print the championship logo on anything and everything (and I do mean everything. Do you want a 2011 NCAA Championship Chip Clip, because they make one) they can get their hands on so UConn fans are by no means limited to that giant No. 1 monstrosity.

The full collection over at the UConn store is quite extensive and I encourage you to peruse, but I've picked out a few notable items. Please add your own favorites in the comments.

For starters you can ditch the No. 1 shirt and go with this much snazzier scissors and net combination: 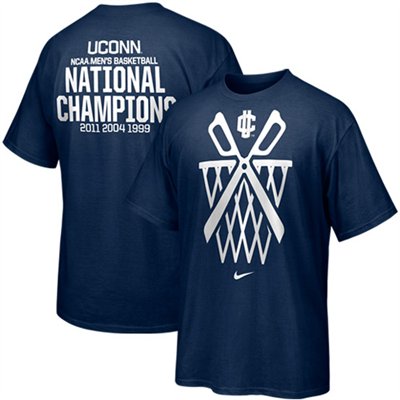 I really admire the wordless simplicity of the front and the back does something that several of the better offerings do: list all three national titles just in case some poor soul thought our domination was a one-time event.

I'm also a big fan of the crossed out look of this shirt: 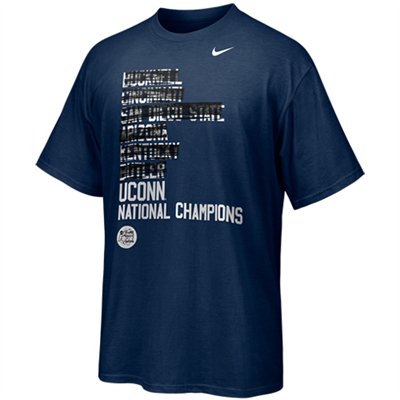 I'm not sure how I feel about the Final Four logo on the bottom, but I do like the idea of Bucknell's name appearing on a Nike-produced National Title shirt and I LOVE the idea of Kentucky's name being scratched out on it.

To my eyes there is one significant Nike swing-and-miss, and that's this three-ring shirt: 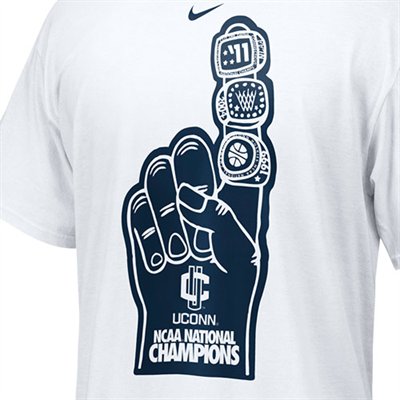 I do like the general concept, and again, I appreciate the '99 and '04 reminders, but the rings themselves look pretty silly and basic. If they had found away to get copies of the actual rings on to the shirt I'd sign off, but here I have to pass.

A final honorable mention goes to this Got Championships? shirt: 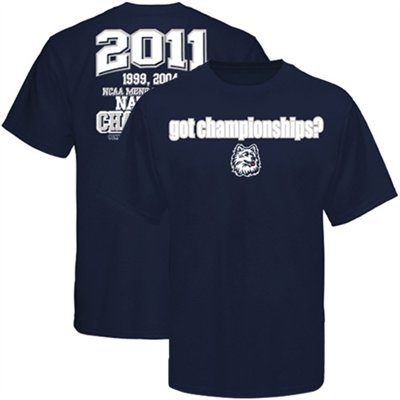 It's alright, but the Got Milk? parody thing is a pretty old by this point and I think the scissors/net combo above does a much better job of conveying the same message.

There are a ton of other shirts/sweatshirts available, but none really catch my eye. Would I wear them? Sure, but most are pretty plain. However, if something pops out at you please put it in the comments.

As for the ladies, well, they got the short end of the stick.

I suppose the best of the bunch is this, but I'm not exactly inspired: 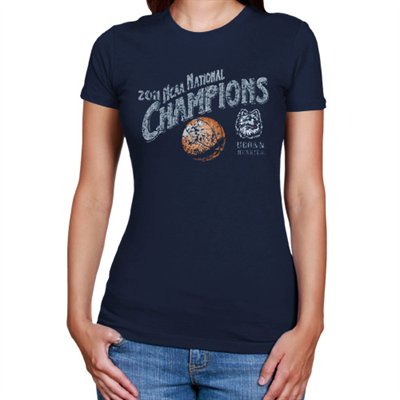 In fact, I think the best women's shirt on offer isn't a title shirt at all, but rather this number: 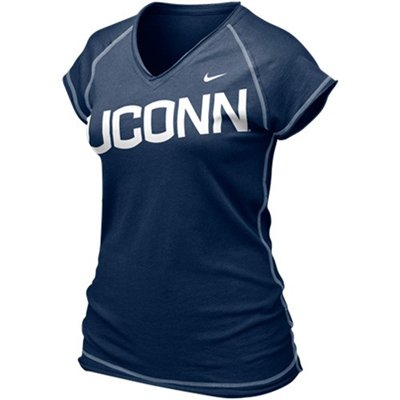 Of course, there are more than just shirts available.

Sadly, all of the hats look like junk and most of the stuff available is pretty generic.

Plus, if you buy this wallet you're instantly banned from the site: 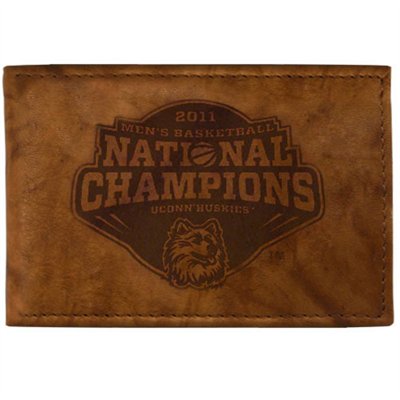 Somehow that wallet isn't even the worst thing available. That honor would go to this poster, which I refuse to link to just to make sure no one orders it: 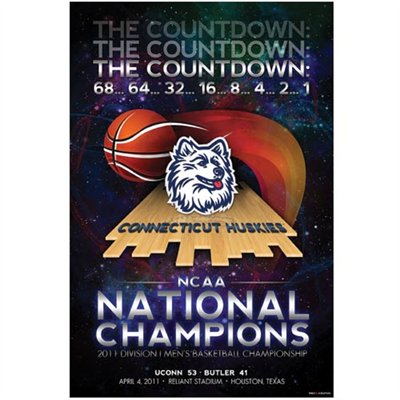 I have saved the coolest thing for last, though it'll cost you. As always, the NCAA has decided to cut up the floor from the National Championship and sell it to fans at the I-dare-you-to-say-it-five-times-fast "Final Four Floor Store." 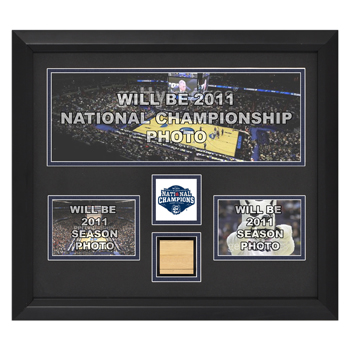 For the record any reader that wants to buy me a piece of the floor is invited to do so.