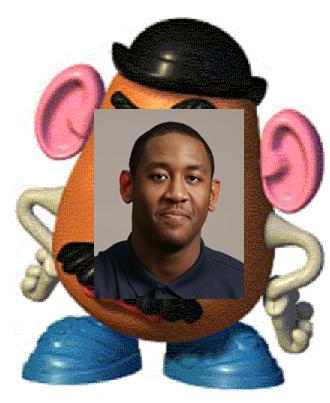 And as simple cause and effect would have it, that means it's time for another rendition of our beloved "Friends With Bennies" series with the frenemies over at Casual Hoya. We've been lucky enough to enjoy the magical bennies with the Casual folk before. And with a second-round Big East tournament tilt on tap today (alliteration!), and since we're nothing if not lushes for sensual blogger crossfire without the threat of serious commitment, we've combined our powers once again to dole out The Knowledge.

Meacham chit-chatted with the Casuals, and you can find his answers on their Interwebs sometime before the noon ET tipoff. In the meantime, enjoy their responses to my uninspired questions below:

1. Chris Wright led the Hoyas in scoring in the last matchup, a 78-70 UConn win in Connecticut. How will his absence today affect things?

Casual Hoya: In a word, drastically.  Austin Freeman may have gotten the All-Big East First Team accolades, but Chris Wright is the heart and soul and unquestioned leader of this team.  Since Wright's injury the Hoyas have struggled mightily, losing to Syracuse and twice to Cincinnati, games which outcomes would likely have been different if Wright was on the court.  Markel Starks will run the show against UConn, and while he has shown signs of playmaking ability that gives Hoyas fans hope over the next few years, he's just not yet ready to lead Georgetown deep into March.  Also, I hate Kemba Walker and felt that UConn honoring him on Senior Day was lame as all hell.

2. Besides the Wright injury, what's changed since the last time these two teams met?

CH: In might be due to Wright's injury, but Julian Vaughn has been pretty atrocious since the Hoyas lost at UConn.  In fact, Vaughn hasn't made A SINGLE BASKET since Wright got hurt two weeks ago.  Jason Clark has also been a bit of a puzzle, and has failed as of yet to step up and fill the scoring void Wright left.  Pretty much everything has sucked.  How are you doing?

3. Both teams will be dancing, yet they both came to MSG having lost four of their past five games. Which team needs this win more?

CH:  I think UConn needs to win more because frankly, Georgetown has the excuse of Wright being out.  If I were a UConn fan I'd be concerned that we're playing our best five out there everyday and still losing, whereas the Hoyas have been without their starting point guard and likely expected to lose.  The Hoyas were a 1 point home fave against Syracuse which is basically Vegas saying "well, maybe they can feed off the energy of Senior Day and pull it out" and were a 3 point dog at Cincy, which is Vegas saying "this team stinks without Chris Wright."  I fully expect UConn to be at least that much of a favorite on Wednesday, especially playing at MSG that will be filled with a bunch of fat and pasty people from New England.

4. What's the biggest concern for Georgetown when facing UConn?

CH: Kemba Walker.  Next question.  (I will add the Georgetown's matchup zone against Walker seemed to be very effective in the game at UConn so I would expect to see more of that throughout on Wednesday.)

5. What should UConn be most concerned with against Georgetown?

CH: Aside from losing?  Well, obviously UConn should be concerned if Austin Freeman is on target from outside, as in theory that should create space in the middle for bigs Vaughn, Nate Lubick, and Henry Sims to take advantage of what is a young and not terribly imposing UConn frontcourt.  The Hoyas have had a couple weeks now to practice without Wright, so I'm hopeful that Starks has picked up enough of the offense to make things work.  He actually may be better than Wright defensively, so that might help contain Kemba a bit.  Also, I love that we have a Starks on the floor at Madison Square Garden.

CH: I just don't see how the Hoyas will win this game unless Freeman, Vaughn, and Clark wake up and snap out of their collective funk all at once.  It could happen, but along with most of the Hoya faithful before I go to sleep at night I pray that Chris Wright's 3rd metacarpal heals quickly and that he'll be back in time for the Dance.  I still have dreams that involve Hoya wins against UConn and Pitt and a Garden rocking with Blue and Gray this weekend, but realistically I'm hoping for a nice matchup in the 6-11 game in a couple weeks and we'll go from there.  Final score Huskies 72 - Hoyas 56.