Everybody cross your fingers and pray, redux: #3 UConn vs. #5 Arizona preview

Share All sharing options for: Everybody cross your fingers and pray, redux: #3 UConn vs. #5 Arizona preview

(Title cribbed from my preview the last time UConn was here.)

Maybe it's just me, but Kemba Walker looked tired on Thursday.

Not at all times - certainly not during his own personal 14-0 run midway through the second half, which propelled UConn to its Sweet 16 win over San Diego State.

But at the end of the game, you could see it all wearing on Kemba. With San Diego State nipping at UConn's heels in the waning moments, Walker went back-to-back possessions missing a 3-pointer short, and had a drive to the hoop snuffed out by the Aztec trees. (Alex Oriakhi's offensive rebound and kickout to Jeremy Lamb for the dagger 3 made those two misses moot, of course.)

In between plays, Kemba looked drained, the product of having to dig deep and drag UConn back from a second-half deficit in a virtual road game. I think it's clear eight games in 17 days has taken its toll, and I'm not sure how many more times Walker can perform miracles before he hits the wall, like it appears he did in February.

For this reason, I think you can look at Arizona's 93-77 blitzing of Duke as a big, big positive. The Wildcats are a very good team, and they may have the best collection of 3 wins by any NCAA Tournament team not named VCU.

But entering the tournament, the Wildcats were under-the-radar - having missed the NCAA Tournament last year, they were at the top of a middling Pac-10 - before pulling off back-to-back last-second wins over Memphis and Texas.

And then Arizona went all explodey over Duke, going from down six at halftime to up 20 in one of the most stunning, entertaining, pants-shittingly scary (if you're a UConn fan) sequences of basketball I've ever seen.

Before Arizona-Duke? Maybe you can imagine UConn sighing in relief that they would avoid the defending champs. After? No chance. They've seen SF/PF/force of nature Derrick Williams make his statement to the world, they've heard the chattering classes proclaim Arizona the new "it" team, a terrifying matchup problem for a team that, surely by now, is at the end of its rope.

Now, 325 minutes into an impossible 365-minute march to Houston, they will need to be great one more time. If they can, they'll be legendary.

The trends work against them: No player has ever played in two Final Fours at UConn. Jim Calhoun is 3-5 in the Elite Eight, by far his worst record in any NCAA Tournament round. Williams might be the best player UConn will face this season, and he's certainly the breakout star of the NCAA Tournament. (Hopefully he is weighed down from feasting on delicious Plumlees.)

But this UConn team has defied predictions for the better part of five months. Why stop now? Arizona may have the the hottest thing going, but we have Kemba Walker. And I'll take those odds anyday.

The Vegas favorite: UConn, minus-2.5

So, tell me a little bit about the Wildcats: Derrick Williams is a man. He is an NBA lock, and even if you didn't see him Thursday night, his statsheet will tell you that.

As noted in lllimllib's FanShot yesterday, Williams is actually a more efficient, productive offensive player than Kemba Walker, one of just three players who can say that. He doesn't dominate the ball like Kemba does (he takes 24.4% of Arizona's shots, compared to Kemba's 32.7%), but the man does not miss when he shoots.

Williams makes a blistering 60 percent of his 2s, a mind-boggling 58% of his 3s (thankfully, he only shoots a 3-pointer ~twice per game), and gets to the free throw line at the eighth-best rate in the country.

Thankfully, the rest of Arizona's lineup is not as dominant, though you wouldn't know it if the win over Duke was your first exposure to the Wildcats.

Unfortunately, Arizona might not need to destroy UConn inside to beat them - they're the sixth-best 3-point shooting team in the country this year, averaging over 40 percent as a team. The top 10 players on Arizona's KenPom page all have a true shooting percentage of better than 50% (Solomon Hill's 58.6 TS% is better than anyone on UConn's roster, but fourth on his own team.)

The Huskies will have to give an A-plus effort on defense and on the boards to hold down the Wildcats, who haven't scored less than 1.0 points per possession in eight games (since March 3).

Interesting UConn game notes fact: UConn has nine wins this season in games in which they trailed by five or more in the second half. Most recently: the win over Pittsburgh at MSG.

Previewin' and predictin': As long as we're bringing back things from 2009, I may as well ask what Mariano Duncan has to say about today's game: 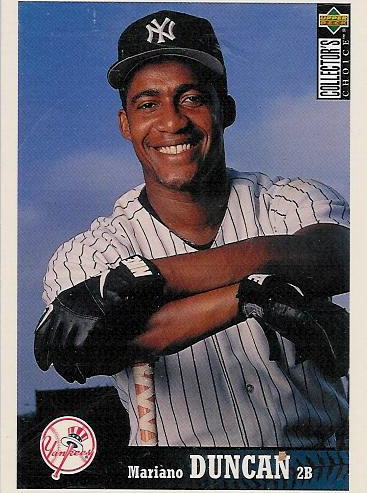 Most of the focus will be on the two stars, of course (note that Kemba Walker has scored 138 of UConn's 224 points in the tournament, which is just crazypants.).

But today would be as good a day as any for the Huskies' supporting cast to show up.

That means Jeremy Lamb has to keep being otherworldly, as he's been during the first three NCAA Tournament games, making 20 out of 27 field goal attempts and hitting some enormous shots in crucial moments. Against an Arizona defense that is fourth-best in the country in 3-point defense (29.4 3P% against), that might prove to be the toughest assignment of all.

UConn will also need Alex Oriakhi and Roscoe Smith to do their whole defense and rebounding thing (one of the two will likely be matched up on Williams at all times). The Wildcats aren't big, and they aren't a particularly good offensive rebounding team. It will be up to Oriakhi and Smith (and Charles Okwandu/Tyler Olander) to keep Arizona to one shot per possession.

Of the top 9 players on Arizona's KenPom report, none are taller than 6-8, but only three are shorter than 6-5. The Huskies apparently won't need to bother with their plodding larger lineup, and they can try and mix-and-match Oriakhi, Smith, Niels Giffey and Jamal Coombs-McDaniel against Williams. Best case scenario, Arizona's lack of size will allow UConn to play a lineup which will be able to at least slow down Arizona's dominant pick-and-roll.

Arizona is a phenomenal perimeter defensive team (see above), and an awful interior defensive team (280th in the country in 2P% against). Am I crazy to think that this is an enormous advantage for UConn? UConn has never shot the 3 particularly well (though they've been much better in March), and UConn THRIVES by getting it to the rim (and getting fouled).

If the Wildcats' shooting percentages in tonight's box score are anywhere close to "54-60-76", as they were on Thursday, they will win. Here's hoping they got all of that out of their system, and here's hoping that Kemba can match match Williams, and that Lamb et al can lend a hand. The Huskies should score some points tonight. I hope it's enough to keep this magical season alive.

Just know that, as always, with Kemba Walker, all things are possible.