Welcome to Syracuse Hate Week and the inaugural Chipotle challenge

Share All sharing options for: Welcome to Syracuse Hate Week and the inaugural Chipotle challenge 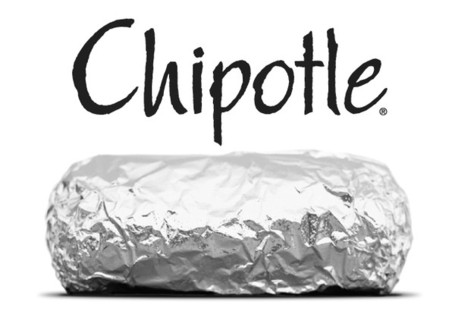 And with that, UConn has lost to Louisville 79 to 78 in double overtime. It was not pleasant, and I'll more to say later because that was an incredibly frustrating ending. However, I've already started to put the loss behind me because there is a more pressing issue deserving of our attention: UConn's next game is against Syracuse, which means that as of this instant it is officially Syracuse Hate Week. We'll spend the next five days spewing as much hate as humanly possible and we invite you to join in. Comments, fanshots and fanposts are all appropriate venues for reminding the world exactly why the Orange menace needs to be eradicated. We begin though not with an attack and denigration of Syracuse, but rather with a celebration of America's most important casual dining establishment: Chipotle.

As I've mentioned before, I spent my formative years in Denver. While I'm clearly one of Colorado's best exports, I can't claim to be the best. That, my friends, is because in 1993, on the campus of the University of Denver, Chipotle was founded. I ate a staggering amount of Chipotle when I was in high school, and the hardest part about studying in Storrs was the complete and utter lack of high-quality, low-priced Chipotle burritos.

For years I thought my obsession with Chipotle was just a product of their fine food, but I've since learned that my stomach wasn't guiding me. Fate was. What I didn't realize for all those years is that Chipotle has a magical, wonderful ability to make Syracuse lose basketball games.

Sean over at Troy Nunes first documented the effect of Chipotle on Syracuse back in March, and while the Orange faithful, and while there was a time when they believed the curse was dead, Syracuse's blowout loss to Seton Hall this week showed that it is very much alive.

Which brings us to Syracuse Hate Week and the Chipotle challenge. To celebrate Chipotle and their noble contributions to the cause of making Syracuse lose, I will have their food every day between now and the Syracuse game. I'll document my dining choices here and hopefully find some tenuous connection between the filling of my burrito and a reason to hate Syracuse.  I encourage you all to do the same, maybe not every day, but if you get the chance, at least once. Because like us, Chipotle hates Syracuse, and that should be rewarded.