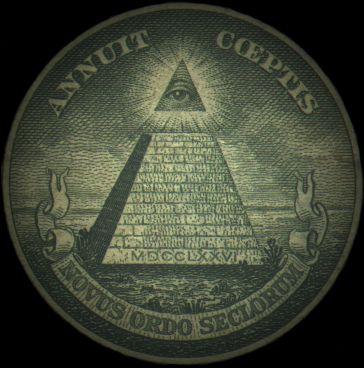 As part of TheUConnBlog's 2010 Season Preview Month-ish, we're counting down the days to the UConn football team's opener against Michigan. Today, we look at the Huskies' second opponent: the Texas Southern Tigers. You can read all our Football Preview Month-ish posts here.

There's no doubt whatsoever that UConn will be looking past the Sept. 11 home opener against Texas Southern to bigger things. Most won't blame them. Fools all.

This spot was originally scheduled to be UConn's guarantee game, in which they would pay hundreds of thousands of dollars to a I-AA patsy in exchange for a blowout win. The Huskies were set to rekindle an old Yankee Conference rivalry with Northeastern; unfortunately, the lesser Huskies dropped their football program at the end of last season.

With a hole in their schedule and every other I-AA cupcake taken up by SEC teams, this left Randy Edsall one option: to step into the proverbial maelstrom and challenge Texas Southern for footballing supremacy.

I see that quizzical look on your face. But Kevin, you're saying, my records show that Texas Southern was 6-5 last year, allowing two more points per game than they scored.

First of all, who keeps records on lower-level college football teams? Weirdo.

Second of all, you are merely a victim of the Texas Southern media conspiracy. Originated by a shadowy cabal led by alum Michael Strahan, the TSU Conspiracy has convinced unsuspecting college football coaches to walk into a hornet's nest. Reports of "losses" last season are mere misdirection. It's thought that by pretending to be fodder for guarantee games, Texas Southern is accruing enough money to overthrow the world financial system. But that's just speculation.

Texas Southern rarely allows its players to be photographed or interviewed, adding to the secrecy. Even I could not find out much about the Tigers, except for a few scant tidbits. Here's one: I bet you haven't seen Andre the Giant in a while, right? Well, prepare to be amazed.

On SBNation: No SBNation blog for the Tigers. Just the way they like it.

Know Your Enemy: This game will be TSU's second game; to watch their season-opener against Prairie View A&M on Labor Day, put on your special headgear and tilt your forehead 37.5 degrees west. If someone else asks you what you are doing, they are spies. Conceal yourself as best you can.

Series vs. UConn: First meeting. Mercifully...though it's rumored that Texas Southern is behind the NCAA inquisition of Jim Calhoun, as a way of distracting UConn's football players. Devious.

Last time vs. UConn: See above.

Our outlook for 2010, in 50 words or less: Some will say Texas Southern is considered a mid-tier SWAC team, set to finish somewhere between 6-5 and 8-3. Those people are tools of the TSU cabal. If you hear someone express this opinion, they are a spy. Conceal yourself as best you can.

What the experts say: "The lion’s share of Texas Southern’s 2010 agenda has already been announced by its members weeks before – it will revolve around a potential military strike on Iran as well as the future collapse of the euro." --Lee Corso, ESPN

UConn wins if: Edsall does exactly what I've been doing all summer: calling every talk radio station in America to warn them of the TSU Cabal. KNOWLEDGE IS POWER

Texas Southern wins if: Whoever wrote these templates misspelled "when" here.

Bottom line: We don't know how vast this conspiracy is. Is it vast enough to use its nefarious technology make UConn's coming loss to Texas Southern appear like a 49-0 UConn win? Who knows.

But may God have mercy on our souls either way.