All in the family, or: Ollie, Ollie, oxen free!

Share All sharing options for: All in the family, or: Ollie, Ollie, oxen free! 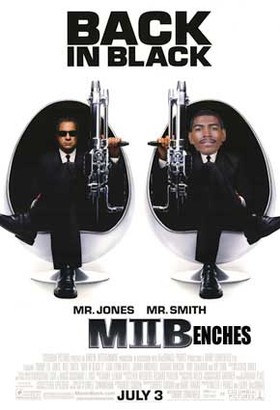 After the debacle that was Nochimson-gate forced two low men on the Huskies' assistant-coaching totem poll to fall on their swords, the team needed to make the first of what should be a few large strides to cleaning up the program's, and, more importantly, Jim Calhoun's image with the hirings of replacements for Pat Sellers and Beau Archibald.

Friday, they attempted to do just that, as the university put the rubber stamp on the long-rumored addition of former UConn star Kevin Ollie to the coaching staff, as well as the hiring of former player and assistant Glen Miller to the role of "director of men's basketball administration.

Ollie signed off on the move late Thursday night with an emotional and emoticonal text message to The Courant's Mike Anthony:

Signed the contract late last night. It's good to be home :-)

Aside from the usual pats on the back, the university's press release, as expected, reeked of allusions to the ties and roots both have with the program, especially in Calhoun's official statement:

I am thrilled to be able to welcome Kevin and Glen back to UConn," said head coach Jim Calhoun. "They both bring incredible experience to our staff and tremendous values that our players will benefit from. Kevin's years in the NBA have clearly prepared him for this. He has been a coach on the floor and has served as a mentor to many, many young NBA players

Calhoun going all "Family Matters" has been expected for some time; not only has Ollie's name been floating around for a while, but Donyell Marshall was also supposed to be in the running, until he recently accepted a job on the George Washington staff.

And it's the smart play at this point.

UConn was already struggling a bit in recruiting (in comparison to previous years), as evidenced by two straight classes devoid of much sizzle. After the violations press conference in late May, the Huskies were losing more steam, with the decommitment of Maurice Harkless serving as a clear sign of this.

With Calhoun only getting older and his window closing more after each season, he needed to do something, anything to get more pull in recruiting, and relying on his former players to return to favor seemed to be the only option. Cal has had great success with reeling his former proteges back in for charity events and golf tournaments, evidence to onlookers of not only the UConn community in action, but the rags-to-riches, "Hey, Calhoun can turn you into an NBA player, too!" pitch without having to say a word. With Ollie, he gets that on a daily basis.

Ollie doesn't have the biggest-named former player the team could have brought in; in fact, he's probably one of the UConn pros with the littlest cache to current high schoolers. But the 37-year-old retires this season with 13 NBA seasons under his belt, with the latter portion of his career spent as an on-the-bench mentor to the likes of Kevin Durant, Kevin Love and Andre Iguodala, to name a few.

The bigger concern is coaching experience. Which, in Ollie's case, is none.

Having spent his entire adult life playing, Ollie has never had a chance to actually pick up a clipboard and diagram a play, let alone give someone a pointer on a pick-and-roll. And AAU connections? Nope. None.

For a team that has only two assistants that recruit since Blaney's only purposes are to fill in for Cal sick days and tell him knock-knock jokes on the bench, that's a bit troubling.

But the Huskies' risk in hiring someone with Ollie's background should be worth it. Because Blaney's only focus is the on-court stuff, Ollie won't really have to worry about the actual, you know, coaching involved in his new assistant-coaching position. And as far as recruiting, he'll has the name recognition, he lives in Glastonbury and he recruits for a top-25 program -- getting those "ins" into the shady world of high school recruiting shouldn't take too long.

Miller's hiring, meanwhile, is just another step to appease those seeking some kind of step by the university toward cleaning up its act. Miller, who played at both UConn and Northeastern and made coaching stops at UConn, Penn, Brown and Conn. College, takes over a new hybrid position on the staff. His role will not only encompass similar tasks to those of Archibald, who held the position under the title "director of basketball operations," but he will also include "interaction in areas such as budgeting, compliance, academics and game operations. The director of operations position was not as involved, calling for the person to mostly handle day-to-day team activities, such as practice times, travel plans and meal arrangements, according to Anthony.

Glen brings over 20 years of coaching expertise to the staff and with his 17 years as a head coach he brings familiarity with budgeting, compliance, student-athlete welfare and many other administrative areas that he will deal with on a day-to-day basis here for us.

Most importantly, Miller, like Ollie, brings another former Husky back into the fold for a team desperate for a sense of unity.