Routine exam: Why it's time UConn makes a leap in recruiting

Share All sharing options for: Routine exam: Why it's time UConn makes a leap in recruiting 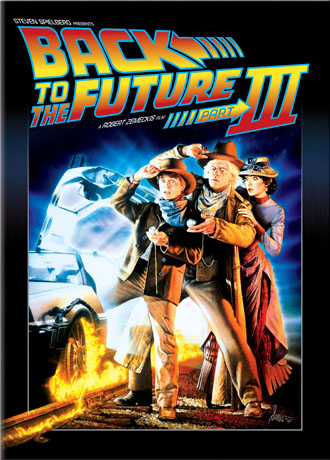 Each year, the media will amass in the press conference room in the bowels of Rentschler Field and Randy Edsall will talk about the exploits of 17-, 18-year-old kids whom none of us have ever heard of or, to be honest, really care much about. Eventually, someone will ask Edsall why his latest crop of imports is ranked at the bottom of the conference -- and usually D-IA -- by the recruiting services and he will go on some tangent about how Rivals and Scout are ruining America and how he's managed to win with unranked kids, yada, yada, yada.

And, shockingly, the same exact thing happened again this year.

So forgive me if I thought twice about even posting the list of incoming recruits, but it simply doesn't matter.

This year, though, I feel like it should have.

Edsall has basically turned UConn into a reprogramming camp, where athletes with raw talent but not really great football skills are processed and spit back out onto the field 2-3 years later as competent Big East players. And because of this, the Huskies are now -- dare I say -- a legit D-IA team with conference title aspirations and NFL-caliber players.

I'll give you a moment fort that to soak in.

UConn has now finished 8-5 or better and bowl-bound the past three seasons, and the coaching staff's ability to, to be a bit trite, take nothing and turn it into something, is the primary reason. Edsall knows how to coach. Recruit? Not as much. But he sure knows how to coach 'em up when they get here.

But there's going to come a point when that's not going to be enough. It hasn't happened yet. But it will. Perhaps as soon as next year.

We've reached a point in UConn's voyage in D-1A where we're past the infancy stage, where 3-7 seasons are no longer the norm. Now, we're beginning to conjure up actual, real-life expectations. Instead of hoping to make a bowl, bowl games are now assumed. Instead of hoping to see a UConn player make a pro roster or run down a kick on special teams, they're playing semi-decent roles on Super Bowl teams. Even though it took the will of Lucifer, Tyler Lorenzen is even employed by the NFL.

Now it's time to start expecting a bit more.

That doesn't mean we should start clamoring for a national title every year and threaten to riot like out-of-touch Kentucky basketball fans circa 2005-08. But it would be nice to see some minor progress every now and again. Specifically in recruiting.

Although Edsall annually bashes recruiting rankings -- this year going as far as to call them "stupid" and "propaganda" -- they matter. There's a reason why certain kids are ranked so highly and are lusted after by the nation's best programs. And ... actually just read this, because it hits all of the important points.

For UConn to make the next step, to become a team that can compete for a Big East title year-in and out, and to be able to hang with some of the upper-echelon teams and conferences consistently, the kids that are dubbed four- and (maybe even one day) five-stars need to start viewing UConn as a viable option.

Especially those from the Huskies' pipeline states. UConn has done a nice job raiding some premier (albeit initially raw) talent from Florida, and did so again this year, nabbing five from the sunshine state. They also had three commitments from Penn. kids and two from New York, typically good places from which to mine talent.

But from its own state? Just two.

The two they got are good ones, I think. Having spent a lot of time around Conn. high school football this past Fall, I can tell you both Byron Jones and Tebucky Jones Jr. are D-1A players who can certainly help down the road. But what about Silas Redd or Khairi Fortt, both Penn State-bound four stars? Or Kevin Pierre-Louis or Will Tye, headed to BC and Florida State? Or even Whethersfield's Tyler Murphy, a Temple-bound QB until Florida discovered him at a camp and scooped him up right away.

To be fair, recruits choose schools for a variety of reasons, and perhaps some of these kids just wanted to leave CT; Redd and Fortt, for instance, have wanted to go to Penn State all of their lives, and Murphy may end up a career backup. But you're telling me that out of this list of Connecticut's top-rated prospects, only two are willing to come to the in-state D-IA Big East Conference school?

Edsall addressed what's becoming sort of a hot-bed issue 'round these parts:

We beat Notre Dame. We beat South Carolina. We have a Big East championship but I tink sometimes it's tough to break the land of steady habits. It's tough to break some people's habits in terms of what their perception is but you would hope kids would understand it. […] There's a lot of coaches in this state who have never even come up and seen our facilities. That's what disappointing me is yet we go out and try to invite them up every spring for the clinic, we invite them up, spring practices are open. We are better received in my opinion outside the state of Connecticut than what we are within the state of Connecticut - in certain pockets.

Maybe Edsall's right. Maybe this isn't a "Randy Edsall can't recruit" thing (which, for the record, I'm not saying it is). Blame surely falls on some of the coaches in the area, especially since Connecticut recruits generally aren't all that good and need all they can get in gaining notoriety.

But even if what he says is true, there's no reason that UConn can't at least make headway in its own state if it keeps producing on the field.

In the next, let's say, three years, I feel like the Huskies should be right up there with BC in battles for New England's best products. Penn State, of course, will nab some of the good ones, and others will flee to other schools all over the country. But considering the dearth of quality teams we have in this area, there's no reason why UConn can't be viewed as a realistic option to quality local and New England products.

And that extends to some of its other go-to states, as well. The Huskies hauled in a program-record nine three-stars this year. But it's also the lowest total among all Big East teams. And four stars? Nary a one. A lot of these guys will probably eventually be molded into starters and even big-time players, just like the classes before them. But methinks it would be a lot easier to develop players that are actually, you know, already pretty good at football before they get here.

If UConn makes even some headway in these areas, it has a chance to truly make a mark on college football. In the Big East, coaching can get you a long way. But getting that blue-chipper, or even a few light-blue-chippers, can really swing the balance in your favor.

I guess this is just one fan's long-winded way of saying that he wants his team to matters, both on national signing day and the national stage during the season.

And, in essence, such pleas are Edsall's own doing. By doing such a fine job these last three years, he has us wanting more, and has us expecting more. Now it's time to use all of that success and exposure.

Considering I was able to turn UConn into five-star recruits' dream school in just four or five seasons in my NCAA Football dynasty, I don't see why this is so hard.