Share All sharing options for: First pictures of the new UConn uniforms

It has been rumored for a few days now, but yes, UConn will be debuting new uniforms tonight. Here they are: 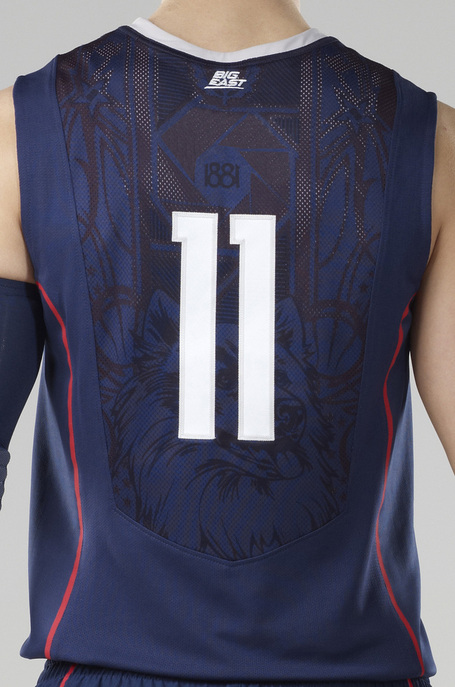 Quick thoughts and the full Nike Press Release after the jump.

UPDATE: I've also added a very clear picture of the new back design.

According to Nike, the uniform features details inspired by the school and team. They include UConn's standard three oak leaves and two acorns (beneath the Big East logo), the school's founding year of 1881 and a picture of Jonathan. In addition, the new duds are meant to represent the school's two national titles (I assume these are the two starts on the shoulders) and the roof of the business building, which I can't quite pick out. Also, there is some sort of design on the sleeve, but I cannot make it the exact details from the pictures.

In addition, Syracuse will also be sporting a nnew look tonight.

On the whole, I don't mind the look, similar as it is to the current jerseys, but I'm sure I'll have to get used to it. It certainly could have been worse. Add your thoughts in the comments.

UConn will be one of several teams in college hoops that will debut the Nike Hyper Elite uniforms this month, which celebrates the rich spirit, tradition and culture of the nation’s top basketball programs.

Paying tribute to the success and history of UConn basketball, Nike designers worked with the university to create a distinctive look for the Huskies. Inspired in part by the program’s two national championships, the UConn jerseys feature two stars, each one with the year, ’99 and ’04, in which the Men’s basketball team won national titles.

Three oak leaves and two acorns are placed at the top of the design, which represents the potential and the desire to grow toward perfection.  The ceiling of the Business Building located on the campus, along with the establishment year of the university, 1881, represents the central focal point of the design. An image of UConn’s famed Husky mascot helps to complete the design.

UConn’s new uniforms incorporate several Nike innovations that were originally introduced in Beijing. The Hyper Elite uniforms take advantage of Nike Aerographics - an engineered mesh providing zoned cooling that reduces up to half the yarn, making the uniforms more lightweight and breathable.

Nike made specific adjustments to the jersey, eliminating 13 inches of material, while the use of Dri-FIT woven fabric in the short reduced its weight to make it Nike’s lightest ever.

Dri-FIT technical fabric is a moisture-wicking material that provides increased comfort and thermo regulation to help enable players to perform at their optimal level on the court. The Nike Hyper Elite uniform is also the fastest drying Nike short ever.

Completing the new elite fit for UConn is the Nike Pro Combat, an ergonomically designed base layer that provides basketball-specific protective padding without restricting mobility on the court.

Here is the full back design: 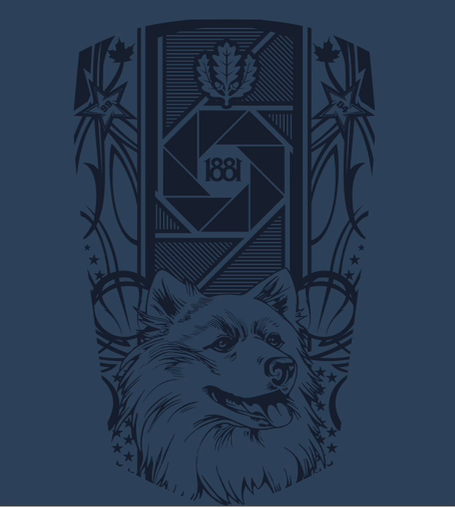