Diana Taurasi poses nude on the cover of ESPN the Magazine

Share All sharing options for: Diana Taurasi poses nude on the cover of ESPN the Magazine 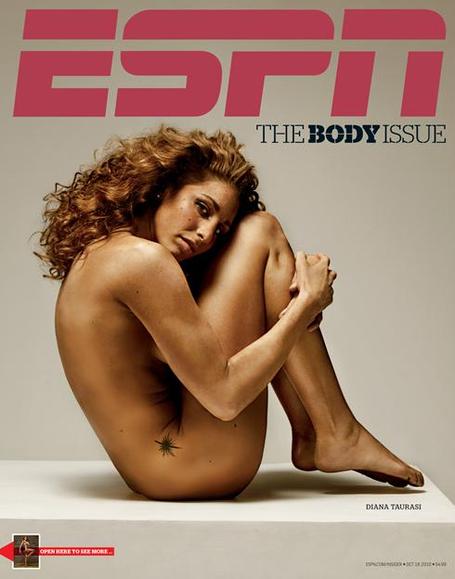 Well the headline and the picture pretty much sum this one up, but yeah, that's UConn's own Diana Taurasi posing nude on the cover of ESPN the Magazine. This is all part of the magazine's annual body issue, which is kind of like Sports Illustrated's annual swimsuit issue, but with no swimsuits and a bigger focus on athletics.

Apparently there are two photos of Taurasi, the image above and another that has a naked Taurasi (covered where it matters) holding a basketball against a hip. I can't be sure, but the small inset in the lower left corner appears to be the second picture.

Taurasi is one of several athletes to appear on the issue's multiple covers. Also included are the USA Women's Water Polo Team and New York Knick Amar'e Stoudemire. More info can be found here.