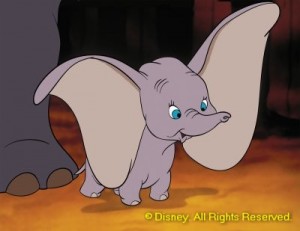 Very brief preview for yet another tricky Big East game, tonight at Gampel Pavilion against scrappy Seton Hall (9 p.m., MyTV9/SNY). We'll be around for an impromptu edition of TheLiveBlog about 15 minutes before hand, so come on by at gametime for the best discussion of UConn-things-somewhat-related-to-the-game-we're-watching on the Interweb.

UConn always seems to have a way of letting one opposing player (Jeremy Lin, Jordan's kid from UCF) look like an All-American. Hazell's not what you'd call an efficient scorer, but he's easily the engine of Seton Hall's offense and, if his shot is falling, he will keep them in every game they play this year. Ask West Virginia about that.

I'm still stunned after the Charter Ok played like a competent Division I player Saturday against Notre Dame. For now, I'm chalking that up to Notre Dame being, as I said in Saturday's TheLiveBlog, softer than a sandwich made of marshmallows and dreams.

Because it seems like all their players are 6-5 to 6-8, athletic as hell and with long wingspans. Like last year's Pittsburgh team, only with basketball skills instead of kill-the-man-with-the-ball skills.

TheUConnBlog's Man of the Decade for both last decade, this current one, and all future decades, Kemba Walker's been fairly underwhelming lately. (Sorry, Kemba.) He's had a disturbing number of turnovers and missed shots in recent games...doubtless he's adjusting to having to play 30+ minutes a game.

Once Kemba figures out the optimal speed to play the game, UConn could be really good. And with his improved shooting (if you look at the whole season), Kemba seems primed to become a quicker, flashier version of A.J. Price at some point this year.

If I were the pope of UConn, I'd schedule things so that all winter-break games are in Hartford, and all other games are in Storrs. That way, nonalumni fans who don't stand and cheer unless the opponent is in the top 10 are happy, Hartford remains useful for 7-8 nights a year every December/January, and we get to have a college atmosphere for the rest of the games. Alas, I'm interested to see the turnout for a weird weekday late game on a mostly-deserted campus.