Calbertus Magnus' reign to continue through 2015

Share All sharing options for: Calbertus Magnus' reign to continue through 2015 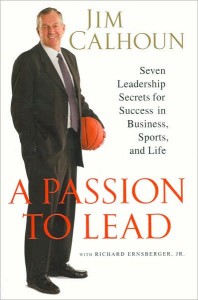 Good tidings on this soon-to-be-snowy Connecticut Saturday. Your firstborn will continue to be safe for the foreseeable future, as the foretold apocalypse to follow Jim Calhoun's departure from UConn has been postponed yet again.

According to Andy Katz of ESPN, Coach Cal has inked a 5-year extension to his contract that will keep him in Storrs through 2015. This is the final season of Calhoun's current five-year contract, which was signed in 2005.

As he is wont to do, Calhoun will not be giving any dimes back, and in fact his salary will increase from the $1.6 million/yr in the current contract, though no financial specifics have been released as of yet.

Also, courtesy of the Courant, you can actually read Jim Calhoun's contract, as long as you don't stare at it directly. The knowledge that this paper had been held and written on with a glorious Coach Cal Bic may just blind you.

My favorite part of the contract: the requirement that Coach Cal gets six chairback seats at all football games. Really, he should get all 40,000 seats and distribute them out in his benevolence.