Share All sharing options for: A brief preview: Harvard @ #14 UConn 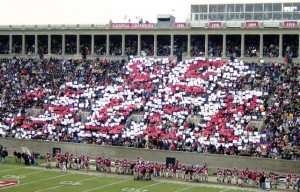 After a solid 28-point win over Boston U, UConn faces Harvard at Gampel Pavilion Sunday afternoon. It's UConn's last test before facing the John Wall Juggernaut in the Garden on Wednesday, and while UConn should of course win today, this might be a little tougher than you think.

Harvard's coach, Tommy Amaker, is a familiar face to Big East fans who might remember those inexplicable years when Seton Hall was decent in the late 90s.

Meanwhile, the Crimson are off to their best start in years (6-1) and might be the best mid-major in New England. Keep an eye out for 6-3 guard Jeremy Lin, who leads the Crimson in scoring with 16 ppg. As an Ivy, Harvard of course is required to lack height and athleticism, but they appear go at least nine contributors deep.

My preferred goal for the young Huskies will be, as always early in a season like this, to not suck. With Kentucky looming, and the Wildcats looking like a Final Four contender after their win over UNC Saturday, it would be nice to see some good all-around games from the non-Kemba/Dyson/Sticks guys. UConn's size and speed should be too much for the Crimson, but I wouldn't be surprised for this to be within shouting distance until midway through the second half.