Share All sharing options for: Q&A: Brian from Orange:44 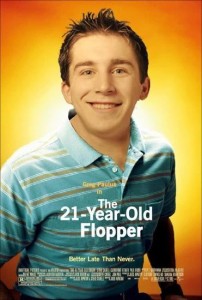 Can't believe we haven't used this picture before.

As part of UConn's wonderfully-scheduled Thanksgiving Weekend Of Utter Contempt, the Huskies will entertain Duke in basketball on Friday, as well as Syracuse in football on Saturday. Of course, we'll be live blogging the basketball game tonight. But let's not ignore the Orange, either.

Our buddy Brian Harrison from Orange:44 was kind enough to take time out from being blinded by the shine of Jim Boeheim's head (obligiatory LeMoyne reference!) and answer some questions about the football Orange. You might remember Brian from Syracuse Hate Half-Week, when he revealed that Jim Calhoun nearly made him cry once.

But seriously, thanks to Brian for helping us out. My responses to his questions will hopefully be posted over at Orange:44 sometime shortly.

Check it out, below the jump:

1. I'm sure I'm not the only UConn fan to be shocked that y'all beat Rutgers so easily. How exactly did that happen?

Game planning and power football. Syracuse from snap one decided that they would run on Rutgers and make them stop us. But really, it as most than just a few things. It was a perfect storm for Syracuse. Greg Paulus made good decisions, Delone Carter and the other backs ran really well and found space to run, the offensive line controlled the Rutgers defense, and the receivers found themselves open and held on to the ball. That was the story on offense.

As for defense, other players out, and some inspiration to play for the seniors that have had a rough go the last four years, gave the opportunities to other players that seemed to take advantage of the Syracuse game plan. That was to keep pressure on freshman QB Tom Savage. They did just that. Doug Hogue, a converted running back, had a simply outstanding day, including setting the Syracuse single game record with 6.5 tackles for loss.

Believe me, this performance was no fluke. Doug Marrone is a good coach and he gets the most out of the players working for him.

2. If Syracuse wins this game, it would be the Orange's fifth win of the year. I would think, given where the program's been, that would be a huge step in the right direction. Agree or disagree? Along those lines, are Orange fans satisfied with how the season turned out?

It would be a huge step forward. Even more telling wouldn’t be going from three to five wins, but one win to two in the conference. Plus, more than other Big East teams, Syracuse needs to start winning games against the regional rivals. That means winning against Connecticut and Rutgers.

No offense to you friend, but losing to Connecticut when they haven’t even been D1 for a decade yet stings severely. Additionally Syracuse has never won at the Rentch, so that would be nice to see. As of right now though, with the injuries that Syracuse has had this season, as well as douchebags leaving the team, I’ll take how the year has gone (except for maybe the Louisville game) because it is visibly and measurably better than last season. For now, that is all you can ask for.

3. Doug Marrone: yea or nay? What are his strengths and weaknesses as a coach (or is it too early to tell?)

It’s a big yea. While he’s had some "rookie" moments this year, it hasn’t been anything too egregious. His strengths are numerous. He is an excellent judge of talent and has shifted several player’s positions to fruitful benefits. Also, he is an excellent and meticulous game planner.

But the biggest strength is he can actually recruit. If anyone can sell Syracuse as he is an alumnus and is more passionate about the school than possibly I am. That is saying a lot. However, like I said he has had some rookie moments. Sadly he has also been far too conservative this season, especially in games when he knows going in he is a big underdog.

However, if that is the worst things that I can say about him, it’s about a 293075937% upgrade from Greg Robinson.

4. I was surprised that Marrone stuck with Greg Paulus all season, knowing that Syracuse needs to build for the future. How would you describe Paulus' play this year, and what does the QB situation look like next year?

Paulus’ play has been up and down. He started out the year doing very well, throwing accurately and hitting the targets. Then he started throwing more picks than a guitar store. And in the red zone no less. Finally he has settled down and the other receivers have settled into good targets for either of Syracuse QB’s to throw to.

Next year it appears that it will be Ryan Nassib’s team. He’s taken maybe 15-20% of the snaps in the year, and apparently Coach Marrone has them split time in practice. It looks to be his job, however current Freshman Charlie Loeb will be the other quarterback left. He is ridiculously good looking, but as for his play I have no idea. He hasn’t stepped foot on the field this year. He is great at relaying plays to the starters though, so he’s got that going for him… which is nice.

5. Lots of 'looking ahead' questions, so: if Syracuse were to win this game Saturday, what player(s) would be the difference-maker?

It will clearly be a combination of the running backs and Doug Hogue on the defense. Hogue earned 6.5 tackles for loss and 3.5 sacks in last Saturday’s game, and this will be a fun game to see which strength of each team will prevail.

Judging by previous games however, I’m guessing that the tested run defense of Syracuse will limit UConn on the ground, making them win the game in the air. Delone Carter and the much improved Syracuse offensive line, along with Antwon Bailey, should have a decent day on the ground, and I imagine that the plan would be the same as at Louisville. That would be to run the ball until Connecticut proves they can stop them.

Then Greg Paulus will take over and attempt to fool Connecticut’s defense like we did with Rutgers. Whether that will happen or not is another question. SU’s luck has never been good at the Rentch.

6. If you were president of football, how would you structure a college football playoff? This question assumes you're not a BCS-loving heathen.

Let me be clear, I hate the BCS. Kirk Herbstreit recently said that the BCS only cares about #1 and #2 and could give a good god damn about everyone else. It’s true. The system is not a good indicator of who should play for the Natty Championship.

I would do an 16 team playoff system, with each current BCS conference getting one automatic birth into the tournament, and having the other ten teams selected at large similar to the way basketball selects them. Then they would also seed the teams. Then they would play starting about a week before Bowl Week starts and be done the second week in January. I’m guessing it would be glorious.

Also, the National Championship would be just that, the two surviving teams. However the Elite Eight would be the four traditional BCS bowls, then just the Final Four and National Championship. I’m sure we could get sponsors or fancy names for them as well if that is your thing. As with any tournament someone that is on the bubble would be excluded, however it would be far more fair and this would allow the Cincinnati’s and Boise State’s of the world to get a shot at the title.

7. How good is Wes Johnson? Bonus points if you don't use the words "Car," "Melo" or "Anthony" (or any combination thereof) in this answer.

He’s damn good. New York City should have shown everyone that. Jim Boeheim bullshits about the talent level of players once in a while, but if he genuinely things they are the real deal, and says it, you can bet on it. The guy has an excellent shot, can post up when needed to, and much like some former great Orange players, can create his own shot. And he is absolutely dynamite in transition. This kid should definitely do some damage in the Big East, and at this point is looking like a pretty big one and done.

7b. Ready to admit that we have the better Coach Jim yet?

Oh how cute. You’re actually operating under the belief that you already have the better Jim. If I didn’t already know that he was a sonofabitch it could be a contest, but how is it even close at this point? I mean it hasn’t even been a year since he gave the taxpayers of the State of Connecticut a big FU. Let’s just face it; Jim Boeheim is smart and effective and can recruit like hell, and Jim Calhoun rules with an iron fist and is hitting a slump. It happens.