In which I do my duty as an alumnus

Share All sharing options for: In which I do my duty as an alumnus 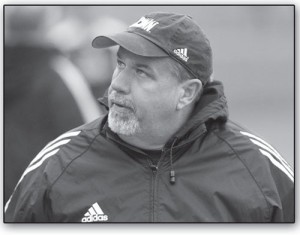 What's that? Is that TOURNAMENT TIME coming 'round the bend?

I promise, the next two days we'll talk about this Saturday's landmark football game. I promise. Preview, a musing, and maybe some unflattering pictures of Charlie Weis. It's all coming up.

But first, I wanted to bring something to everyone's attention.

The fall sports season at UConn is very quickly nearing its conclusion.

Women's soccer gallantly returned to the NCAA Tournament and beat Boston University in the first round, only to fall to a top-10 Boston College team in round two. Field hockey did us all proud by crushing the Orange in the Big East tournament final, although they lost to Drexel in the first round of the NCAAs. Volleyball keeps chugging along, making the Big East tourney (which starts Friday) as the No. 7 seed. Football continues to hurt my soul with each passing week.

That leaves one fall team left to carry the mantle - Ray Reid and the men's soccer team.

The Huskies' NCAA Tournament dream begins tomorrow in (sort of) my neck of the woods. UConn plays Monmouth at noon Thursday in West Long Branch, N.J. The Hawks are ranked #5 in the nation and have won all but two of their games (one loss, one tie); though the NCAA did not deem them one of the 16 best teams in America, because those team got byes into the second round.

The game will be played on something called ""The Great Lawn", which stands next to Woodrow Wilson Hall. As everyone knows, Woodrow Wilson was our wussiest president (even wussier than Franklin Pierce!), so that augurs well for UConn.

UConn comes in after what has turned out to be a typical late-season swoon; they lost an overtime heartbreaker to Notre Dame that (nearly) cost them their divisional championship. And then, in the Big East tournament, Reid's team laid an egg and fell to Providence, 1-0, in overtime. The Huskies put up a miserable three shots on goal against a team they had beaten, 4-0, a couple weeks earlier.

I'll be in attendance for the game (I'll be the one with my collar left suspiciously unpopped), and I will it most certainly be doing my patriotic duty as a UConn fan to throw out unnecessary, childish insults to our opponents. (Monmouth University: Because Rutgers can't take everybody with a 950 SAT!)

So spare a thought for Ray Reid, Josh Ford, the Flying Finn Toni Stahl, Greg King and the rest of the Huskies. They're our last hope for NCAA glory until March, when Ater Majok will average 50 points per game and Maya Moore will force opposing teams to forfeit out of sheer terror.