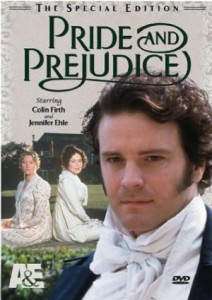 If UConn loses, 'Pride and Prejudice' will be the name of the instant reaction post.

No preview from me today, because the questions I had yesterday remain.

Hofstra's the first team on the schedule with something resembling a pulse (the Pride have won 20 games in four of the last five seasons), and lord knows UConn fans dread playing a CAA team in the quarterfinals of any tournament. I don't think the Huskies are in any real danger, but then I didn't think they'd let Colgate go on a 20-6 run in the first half yesterday. I'll predict a 10-point UConn win, which will earn Coach Cal's bunch a pair of nice early-season tests at the Garden next week.

Jenkins' career-high point total is 35 (against UNC-Wilmington late last season), so naturally he will score at least 36 on the Huskies.

Additionally, I'd be remiss in my job as the blog's Ambassador to Women's Basketball if I didn't point out that the unbeatable UConn women are playing #14 Texas on ESPN2 at 9:30. Will we stay in liveblog mode for that? We'll see what develops. I'm thinking maybe until the Huskies get up by 20.

Either way, join us at 6:45 for all the wackiness: