Share All sharing options for: A little NIT-cap: UConn/Colgate preview 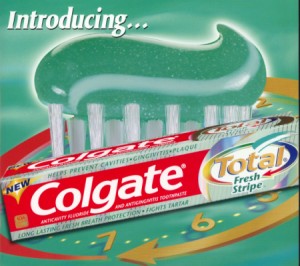 Welcome to game #2: where we overreact negatively or positively to the results as a reflection of game #1.

Normally, UConn and the letters "NIT" are almost never found next to each other. In November, however, the Huskies will gladly take part. As one of the four marquee hosts in the first stage of the preseason NIT, the Huskies were given three Glass Joes to bat around like so many punching bags.

And what is the prize, if UConn can overcome these extremely surmountable hurdles? A trip to Madison Square Garden for a date with three (likely) more suitable opponents.

If you'd like to keep an eye on the other games, here's tonight's NIT schedule:

As for tonight's game at Gampel, the preview is below the jump.

UConn has appeared in the preseason NIT twice before, finishing third in November 1997 and 2003. The 97-98 squad lost to Florida State, but went on to make the Elite Eight.

The 03-04 team, of course, memorably got run out of MSG by Georgia Tech in the semifinals, and then came back in the NCAA championship game to rock the Yellow Jackets by (what seemed like) a million points to lock up Coach Cal's second title.

I could've sworn the 1999-00 team played Duke in the preseason NIT (and beat them, in a rematch of the NCAA final), but research shows that that game occurred in the Coaches v. Cancer Classic.

The time: 9 p.m. (or 30 minutes following the Hofstra-Yale game)

For those of you lucky enough to be saddled with Cablevision (woo!), your choices are either to enjoy the comedy stylings of Joe D or to [ABSOLUTELY NOT FIND AN ILLEGAL INTERNET STREAM BECAUSE ILLEGAL STREAMS ARE ILLEGAL AND I WOULD NEVER PROMOTE SUCH ILLEGALITY ILLEGALLY.]

Thankfully, the second-round game against Hofstra or Yale will be on SNY/MyTV9.

State of the Huskies: Cool as a cucumber.

I mean, Friday's season-opening nine-point win over a team that took Harvard to triple overtime wasn't ideal, but we all expected some rough early times.

While our rapidly-expanding commentariat (up to four!) no doubt knows this already, we should again stress that UConn is a team with five freshmen. Someone (or sometwo) will step up. Don't worry.

So, tell me a little bit about the Red Raiders: The Red Raiders lost twice as many games as they won last year, but they return all five starters from that team.

Colgate had a balanced lineup last season, with three players scoring in double-figures and a fourth player (sixth-year senior Kyle Roemer; I must point out for context reasons that his freshman year at Colgate was Rudy Gay's freshman year at UConn) who was the team's leading scorer in 2007-08.

Blue Ribbon picks Colgate to finish third in the Patriot League this season, although it weirdly also picks the Red Raiders to have the second-best backcourt and frontcourt in the conference (behind Holy Cross in both cases).

Check out the game notes: UConn's are here, while Colgate's are here.

Of note: Jerome Dyson should pass Caron Butler and could move as high as 32nd or 33rd on UConn's all-time scoring list by the time the Huskies finish their (presumable) four-game NIT swing. Dyson has scored 1,071 career points; Butler is at 1,136 and Rod Sellers stands in 33rd at 1,143.

I think, for the moment, I'm actually going to buy the "we lacked focus" excuse for why UConn nearly got outrebounded by William & Mary, rather than the "we have no starters taller than 6-9, except for that soft kid playing power forward."

Speaking of which, how about a pair of vintage "why we love Coach Cal" stories...

Those quotes make ME want to go out and knock someone's head off, and I'm not even Gavin Edwards.

To sum up: Jim Calhoun hates you all and thinks you suck at basketball. But he loves you, and is willing to help.

I guess we know what the Courant's page designers were watching on TV last night.

These first two NIT rounds are rather pointless, so I object to calling playing Colgate and Hofstra "the road to" anything. Then again, it's better than those tournaments where they choose who goes to the semifinals before it starts.

The preview: Obviously, the Huskies are big favorites, both here and tomorrow night against the winner of the battle between the alma maters of Wayne Chrebet and Rory Gilmore.

So tonight I have a wish-list of things I'd like to see:

2) At least one run of 12 consecutive points, because I like things that are arbitrary.

3) The game gets lopsided early, so we can have a chance to see the freshmen. JaCoMac and Darius Smith got a few spare minutes on Friday, but neither was all that effective. Alex Oriakhi looks like the new Ultimate Woyah, (we'll be taking suggestions for a new early-90's WWF nickname in the liveblog tonight) but other than that, none of the frosh had a chance to impress.

4) Three-pointers. Defend/contest them. Shoot them decently. This is all I ask. UConn's going to face a zone against all of these cupcake teams (including that team that lost to LeMoyne), so it'd be nice if someone could step up and hit some open shots. Also, rebound. No excuse for not dominating the boards tonight.

5) The on-going Stanley Robinson Nightly Knee-Jerk Response. Seventeen and seven on Friday was a pretty good start. With UConn's offense uncertain outside of the three veterans and Oriakhi, it now becomes necessary for Stanley to start pummeling everyone in sight. He did it in the NCAAs, and hopefully he will be able to shatter some Red Raider eardrums tonight.

And as a final reminder, don't forget to join us in TheLiveBlog tonight. We'll be kicking it off at 8:45.