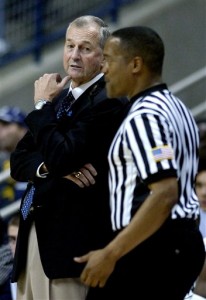 So that game was not optimal. UConn won, yeah, and there were absolutely some positives, but the tragic flaws were out in full force on opening night:

Anyway, those are the negatives. As I said in the season preview, this almost certainly is not the #12 team in the country at this moment. We are probably due for some early growing pains, as in the 2006-07 season (with the difference that this time, UConn has the big three of Dyson/Walker/Robinson to hold the ship steady). I'm still confident that everything will work out as we get deeper into the season. As it is, there's a solid core of four players that will keep the Huskies in every game they play (and Gavin didn't play so bad tonight, either):

Anyway, I'm not going to take a whole lot out of tonight's game, and I don't expect this game to be a part of some large trend. On a bad night, a win is a win (and at least UConn didn't come down to the final seconds, like Pitt and Seton Hall did against Wofford and St. Peter's). My guess is that Calhoun will have a lot of fun molding this team into something good. And that's pretty much the only thing we'll take from Game #1. After all, I promised myself I wouldn't overreact. It was just one game.