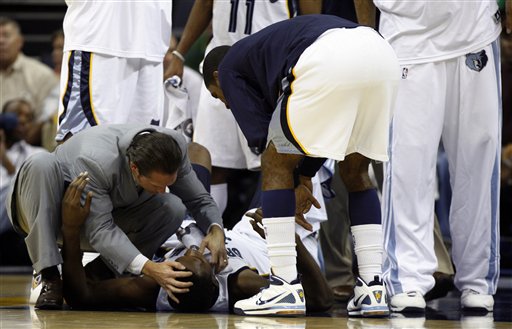 Looks like No. 2 pick and all-around good guy Hasheem Thabeet is going be out for at least a month (I would guess) after breaking his jaw in a collision with Z-Bo's huge dome in Tuesday's game against the Blazers.

If only his jaw were made of Flubber like his hands. (Too soon?)

On the bright side, there's about a 60 percent chance Chris Wallace signs either Adrien or Trav Knight to fill in for him at UConn South.

So let's hope that, in the meantime, the Grizz can manage without his 0.7 points per game.