Cincinnati 47, UConn 45: I am officially losing it

Share All sharing options for: Cincinnati 47, UConn 45: I am officially losing it 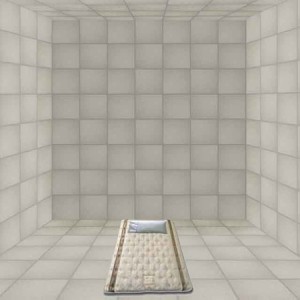 Good night, world! I'll be in here if you need me.

UNC was the worst loss ever.

Then Pitt was the worst choke ever.

Then West Virginia was the most devastating loss ever.

Then Rutgers was the most painful, devastating, worst loss ever.

Then tonight, in a game they barely deserved to be in, after pulling to within 40-38 with 5:00 to go, UConn can't make the ONE FRIGGIN PLAY THEY NEED to have a chance to win the game. (Of course, coach Edsall never gave them a chance because he just surrendered the ball back to a team with 700 yards of offense instead of trying to make something happen with an onsides kick with 5:00 to go. I swear, that will be the only time I gripe about the coaching staff in this post.)

This wasn't in any way the worst anything ever. But it was yet another tease, yet another coulda-shoulda-woulda game in a coulda-woulda-shoulda season. Needing to rally from down 37-17 midway through the 3rd quarter, I'd have been content with a loss. Cincy had proved their dominance. Then began the comeback.

Of course, once UConn pulled within 40-38, the damned cosmic force field, which keeps UConn from making the one play they need to make, went back into effect.

After last week's game, I would have easily said this was the best 4-4 team in America. This is now the best 4-5 team in the history of college football.

And despite five dispiriting losses by a combined 15 points, it is absolute nonsense that this team is 4-5 and needs to sweep its last three games to make a bowl. This team finishes third in the horsesh-t Big 10, and it is at least 8-2 with Iowa's schedule. But because UConn has - for whatever reason - pissed off the football gods, it can't buy a victory.

I don't buy the whole psycho-babble about it being some character flaw of the players - it's just an extraordinary stretch of bad luck. But it's still painful, because moral victories suck, even if UConn does not.

Cincinnati's offense is tremendous. They were definitely the better team. They're definitely a top 10 team, even if they probably aren't on Florida and Texas' level. And UConn hung right with them until the final 2:00. Just like UConn has hung with all nine of their opponents.

This team is SO. FRIGGIN. CLOSE. Forget whatever coaching gripes and player gripes you might have. Despite nightmarish results, UConn is a play or two each game from being anywhere from 5-4 to 9-0. And that, more than anything, is why yet another excruciating loss hurts so badly.

You cannot question this team's heart or fortitude. These players - shorthanded in the case of the defense - are just giving everything they have, and they deserve better results. You can't even really question their talent. The scoreboard says there isn't that much difference between UConn and anybody on their schedule, and while that isn't everything, it is something.

What a painful season to be a UConn football fan. I don't even have the words any more. My only solace is that both basketball teams will be good and Edsall's squad are due for some major karmic asskicking in 2010.

But for now, I need to be put in a padded room, because this team is driving me nuts.