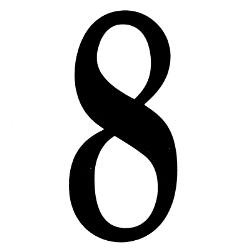 I hate the Elite Eight. Not only is it the worst time to lose in the NCAA tournament, it has also been UConn's worst round historically, and since I am a glutton for punishment, it is number eight on our countdown.

Not only is the Elite Eight the only tournament round where UConn has a losing record, but most of those losses are incredibly painful. It should also be noted that UConn also played in the Elite Eight in 1964. They had to play Duke in Raleigh and lost 101-54. Figures.

In 1990 Christian Laettner hit a buzzer beater to send the Huskies packing.

In 1995 the Huskies traveled to Oakland and got knocked out by eventual champ UCLA.

In 1998 the Huskies got to play North Carolina in Greensboro, another loss.

The 2002 team was bounced by Maryland. I remain convinced that this squad was the UConn team with the best shot to win it all (outside of 1999 and 2004 of course). Maryland was beatable, the Kansas team they would have played in the Final Four looked weak and they would have dismantled Indiana for the title.

Finally, the 2006 team lost to George Mason in the Elite Eight. This was another game played right next to an opponent's home court. I know, they were an 11-seed, it should not matter, but still....

The joys of '99, '04 and '08 have taken some of the sting off, but two of UConn's all-time most painful losses ('90, '06) came in the E8 and when you factor in missed opportunity and unfortunate geography most of the others are not that far behind.