Pittsburgh 24, UConn 21: Can we just not play the fourth quarter from now on?

Share All sharing options for: Pittsburgh 24, UConn 21: Can we just not play the fourth quarter from now on? 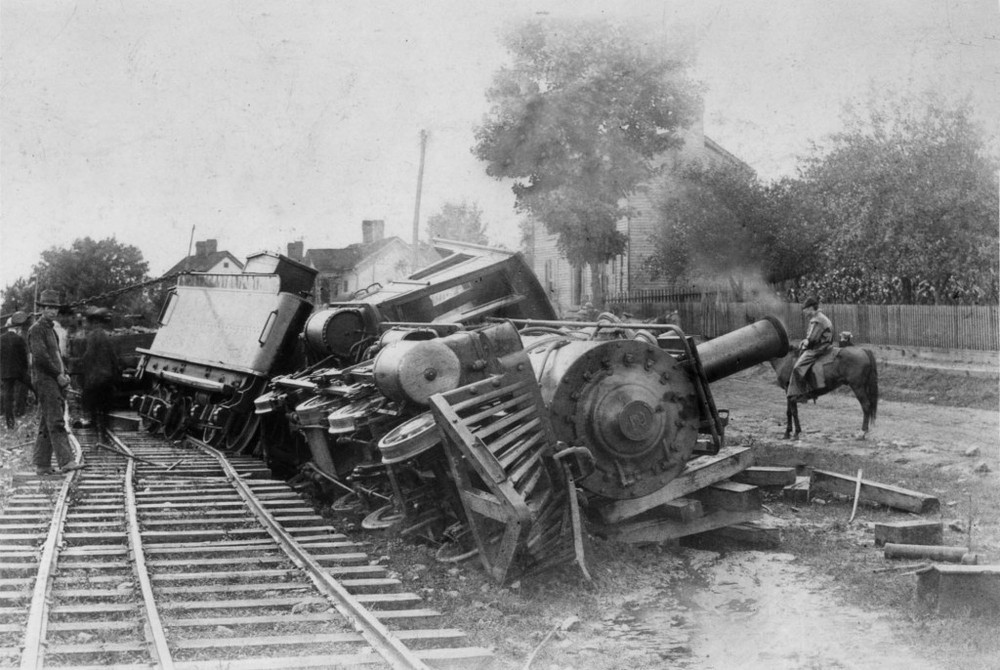 Cody Endres drops back to pass.

After UConn's colossal fourth-quarter meltdown against North Carolina, I began writing a post to express my concern over the Huskies' ineptitude in the final 15 minutes. Despite the uproar created by the collapse against the Heels, UConn's fourth-quarter performance against Ohio the previous week was also a bit distressing, as it saw a relatively easy 16-point victory quickly disintegrate into a one-possession game.

In two fourth quarters in as many weeks, the Huskies had given up 21 points and turned it over three times, essentially throwing away six quarters of decent play and only walking away 1-1 because of the talent (or lack thereof) on Ohio's sideline.

But after thinking about it for a bit, I ended up scratching the post. Two games, I thought, was too small a sample size to consider this a trend, no matter how demoralizing the loss to the Heels was or how embarrassing it was to have to turn it on late just to stave off an upset in Athens.

However, now I think it's time for that post.

For almost three quarters on Saturday, the Huskies looked damned good, especially on defense, as UConn limited the Panthers offense (ranked No. 4 in the conference) to just six points and turnover-fiend Robert Vaughn picked off Bill Stull -- who had been hailed as a savior coming into the game -- twice, returning one for a touchdown.

And despite Cody Endres' right-on-cue bonehead fumble in the red zone in the second quarter, the offense showed more competence than usual; not only did Endres hit former walk-on WR Marcus Easley for a 79-yard touchdown bomb, the longest passing TD since 2004 (also the last time UConn had a QB on the roster), the Huskies also strung together an eight-play, 61-yard drive to take a 15-point lead with 3:56 left to play in the third.

While I'd stop short at calling it a dominant performance -- mainly because that's impossible for this team -- the Huskies played well enough long enough to walk out of Heinz Field with Hines Ward/Felix The Cat-esque gigantic smiles on their faces.

But as they've done in nearly every game this season, the Huskies made sure to turn their suck-o-meters to 11 in the final 16 or so minutes, allowing 18 unanswered points and, of course, the game-winning field goal as time expired. And not only did they meltdown, they did it in particularly painful fashion, allowing the Panthers to completely dominate them in every aspect of the game of football; I think I even caught a glimpse of UConn's water boy spilling a few drops on Edsall's parka.

After Stull hit Jonathan Baldwin for a 26-yard TD pass to narrow the deficit to eight with 12 seconds left in the third, the Huskies allowed 11 points, 142 yards, a fourth-down conversion and 12:21 of TOP, and compiled just seven yards on two consecutive three-and-outs spanning almost three minutes. The Panthers, a team that is built and plays just like the Huskies, took over the game in their final four possessions in a way UConn could never imagine: 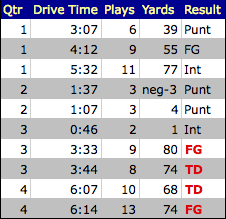 Even after allowing the Panthers to not only score, but also covert a 2-point conversion, the Huskies had their chances to fight back, or at the very least, put up some kind of fight with their final possession. But they failed to muster even a semblance of competitive spirit. Not only did they produce just five yards and drain just 1:21 off the clock, but they subsequently allowed the Panthers to coast 74 yards down the field with relative ease -- letting Dion Lewis scamper four yards before being touched on a third-and-3 with about 2:18 to play in the process -- in order to set up a chip shot to knock UConn to 3-2 and 0-1 in the conference.

Some will argue that, because of the time left on the clock, Edsall should have allowed the Panthers to score, giving the Huskies at least tying it and sending the game into OT. But can you blame him for not doing so? This is the same offense that just looked worse than South Windsor High School's while going three-and-out in its two previous possessions. We saw what the Huskies can do on a last-second, potential game-clinching drive just a month ago. Would you risk that again? No thanks. I'd rather let the defense, the unit that has carried the Huskies this far, try to force a turnover or maybe block the field goal.

Some may also argue that Edsall left some points on the field at the end of the first half by choosing to run the clock out instead of using the 1:39 and three timeouts at his disposal. And I tend to agree that it was a bad call; my grandmother, who yells at me for saying "freakin'" would have considered that too conservative.

But that wasn't what cost the Huskies the game.

The true issue at hand is the one that I thought could prove damaging about a month ago. And after Saturday's game, the stat box I cooked up then looks even more damning now with a few updates:

And the worst part is you still can't pinpoint the problem area. It's not just the Huskies' struggles at LT, where Mike Ryan replaced Dan Ryan and did just as poorly in pass protection. Or the defensive line's inability to create any pressure late. Or ... well, you get the idea. Everything just falls apart at the same time and at the most important time.

Even Edsall couldn't really pin down why Saturday's collapse happened.

From the Courant's Jeff Jacobs:

"I feel we lost them both the same way: by not finishing. It sucks. UConn has always been a team that we believe digs deep in the fourth quarter to make sure we close them out properly. To not be able to finish games, it hurts. It's a feeling that's unexplainable. [...]

"I was surprised to see runs being broken like that," Dixon said. "Everybody will get a couple of plays against you. That comes with the game. But to see as many plays being broken — not to point finger — I was a little shocked."

"More mental toughness than physical toughness was the deal out there," Lloyd said. "We gave up big plays when we should have had them stopped. It gets tiring on the body, but it's not what it is. It's definitely a mind-set."

Everyone seems to be throwing out theories, but none of them really add up. Was it conditioning? Probably not, considering both the offense and defense have been practicing with the no-huddle for months. Missed tackles? That was part of it, but it doesn't explain the offensive issues. Poor coaching? Somewhat, but the coaches weren't the ones allowing Lewis to get that third-down conversion so easily and compile 136 second-half rushing yards.

All are plausible, but there isn't one that seems to be the true issue holding them back. Maybe it's all of them? Maybe it's one no one's mentioning? Maybe Pitt simply had the talent to overwhelm them when it stopped shooting itself in the foot? Who knows. Regardless, nothing explains why all these things happened all at one time three times in a month-plus.

Coaches, players and pundits will probably eventually fall back on old, nonsensical coach speak, saying the Huskies need to have more want-to and have-at-it. But there were no actual answers, nothing the team can try to work on in practice this week. Meaning these fourth-quarter questions might be lingering over them all season.

But the one answer they did find Saturday was one they'd hoped to dispell in September: A team desperately searching for some sense of direction, some of kind of identity, may have found it in the art of the choke.