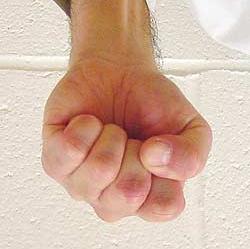 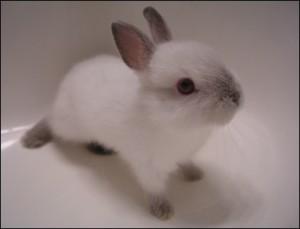 As promised when UConn was up 21-6, the adorable baby bunny gets it. Since it's probably illegal to post pictures of a blugeoned rabbit, you'll have to use your imagination.

One more absurd, nonsensical, jaws-of-victory collapse-apalooza from this team this season and I start punching human babies.

What the hell happened? How is it that this team, which is built to win - assuming you grant the premise that Randy Edsall is trying to actually win, since his fraidy-cat playcalling at the end of the first half says otherwise - with defense and running the football, can't hold two-score leads against teams of similar ability?

There is NO excuse for blowing a 15-point lead to the Wannstache. I didn't even see how it happened - and I only heard Pitt tie the score on the radio - but I really don't care. This is an inexcusable loss.

Anyways, I just got home and I have other business to attend to at the moment. I'll sort out exactly what happened and try to put some cogent thoughts together.

But fuck. Come on.