Share All sharing options for: Now entering our sophomore season 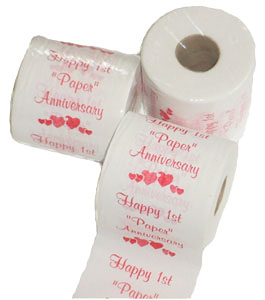 Blog founder Porter has informed me that today is the one-year anniversary of TheUConnBlog's first (real) post, which you can see here.

Way back then, in the innocent, sepia-toned days of September 2008, we had delusions of grandeur. Not only would we cover UConn sports, but we'd also give our fellow UConn students news they could use!

And then, like two weeks later, we were all 'screw that'.

Since then, Porter, Shuttlesworth and I have watched the blog grow to become easily one of the top 50 non-newspaper blogs dedicated to UConn sports found anywhere on the interwebs.

We've laughed (mostly at Tyler Lorenzen's passing ability); we've cried (ditto); we've watched the dream die in Detroit and we've had our souls crushed by Runnin' Randy Edsall's offensive ineptitude. And we watched from afar as the women's basketball team won every game by 25 points.

And in between there we had a month where we didn't post at all. (I like to think that May 2009 was like a post-modern experiment in which we commented on everything by not commenting.)

Whether you're one of our regular readers (that means you, gxpanos and Brian Harrison of Orange:44) or one of the dozens who come here each day, we thank you for your continued patronage.

And we hope you'll continue to join us throughout this UConn football and basketball season. Who knows what wacky misadventures we'll have between now and the time the blog becomes unprofitable?

(Also, in the interest of shameless self-promotion/page-view trolling - if you're fairly new to the blog, you like what you read, and you missed the awesomeness that was TheUConnBlog: The Early Year, I recommend checking through the archives to find the occasional nugget of gold.

Who will ever forget the time we hated on Syracuse? Or Rutgers? Or the weaksauce teams UConn beat on the way to the Final Four? Or that time we were super hyped about the 2009 football team? Nobody, that's who.)