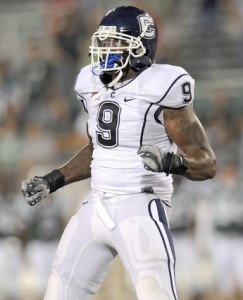 Player of the week; not prisoner of war.

Which was expected after a dominating, three-sack, one-safety performance by the senior defensive end in Saturday's win over Ohio.

So good was Witten, initially credited with two sacks, that the score keepers congratulated him with another sometime after. After a call was placed ($) into Ohio by the athletic dept., of course.

Jordan Todman was also placed on the conference's honor roll after rushing for 157 yards and a TD.