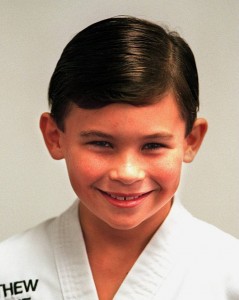 The devil wears a combover.

As part of TheUConnBlog’s 2009 football Season Preview Week, we’re rolling out the position primers and opponent capsules. Today, we look at the Huskies’ 12th and final opponent: the South Florida Bulls.

(Note: Published around 1:30 p.m. on Saturday but moved down for timeliness of Ohio preview. As you were.)

South Florida has the distinct privilege of being on the other end in one of the few shining moments in the Huskies' nine-year romp in Division I-A. And for that, it will always have a place in my heart.

The year was 2,000-dickity-seven. And long before the two schools used rain to show off their move-bustin' skills on the dance floor, it was the great equalizer for the underdawg Huskies against the speedy, trendy Bulls.

And, well, you know the rest: Scott Lutrus played pitch-and-catch with Matt Grothe, Andre Dixon gashed the USF defense for a career-high 167 yards, Greg Robinson dropped Grothe on a bootleg near the goal line and the UConn faithful got to grace the spongey grass of Rentschler for the first time after the Huskies defeated its first ranked foe.

Last year, though, things were different.

Even with the Bulls in traditional second-half form, the Huskies couldn’t come out of Tampa with a win. As opposed to the previous season, when the Huskies received every bounce and every advantage imaginable, much went wrong in ’08.

The Donald was held to under 100, the usual special teams snafus reared their ugly heads, and Tyler Lorenzen – sigh – fumbled on fourth-and-4 while scrambling for a first down on what could have been the game-winning drive.

It was one of the ugliest games I’ve seen in recent memory, especially considering the outcome.

Regardless, we’ll always have the memories of 2007 thanks to the power of the Interweb:

Time/TV of game: TBA, one of the ESPN channels

2009 outlook in 50 words or less: I can tell you all about how talented Grothe is, how Selvie is the best defensive player in the conference and how Ford seems poised for a breakout (after a two-game suspension). But the reality is the team is as talented as any in the Big East, but it continues to play like a WAC also-ran around the midway point and will likely do so again this year.

The Huskies win if: If they make fewer than the 20 or so mistakes made in the last meeting. Even with all the blunders, UConn had a chance to win the game late last season.

The Boneyard melts down if: The Huskies repeat last year's regular-season finale.

A new year, a new hope for South Florida to finally put things together.

While the Bulls were picked to finish fourth in the Big East media poll, there’s a lot of optimism in Tampa, as well as in the conference blogging community, that USF can finally make The Leap into the conference’s upper-tier after two seasons of painful second-half crashes.

And despite losing about half their starters on both sides of the ball, the team’s hoping Year 4 of The Matt Grothe Project can finally lead it there.

Despite his relative douchieness, Grothe is perhaps the most talented QB in the conference, and the fate of the team will rest of his shoulders and his ill-fated hairstyles.

The senior QB has shown he can be a threat with his legs, but in order to make The Leap, he’ll have to finally do it with his arm: i.e. don’t throw 14 interceptions for the fourth straight season.

Grothe has the talent around him, as the Bulls have developed a crop of receivers that only bring back visions of Butch Davis’ Cleveland Browns: A lot of potential and above averageness, but no one that’s really that great. Now he needs to do something with it.

On defense, the focus is always on Selvie and his sacktastic skills, but the rest of the defense was pretty fantastic itself last season: The Bulls finished 10th in the nation in total defense last year, 10th in rush defense and 24th in scoring defense.

With the defense returning a strong core and defensive front that should finally be able to take some pressure off of Selvie with the addition of a pair of Juco All-Americans, it should again be good.

Still, similar things have been said about the Bulls the past two seasons.

There is some hope in last season’s collapse because it wasn’t as drastic as the year prior (if that makes sense); of its five losses, three were by less than a touchdown, and the only "bad" loss – and by "bad" I mean "horrific" – was in a 49-16 defeat to Rutgers in Tampa.

But until South Florida can show it can avoid its second-half shuffle (a new craze sweeping the nation) I’m not willing to pick it for this regular-season finale let alone a Big East championship.