Share All sharing options for: Everybody's 0-0: UConn vs. Ohio preview 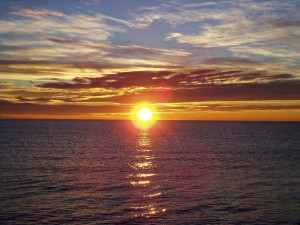 Wake up! It's football time!

After nine long months of no football, and five months of no (mainstream) UConn sports, it’s time to start caring again. And now that everyone is up to speed on all things UConn football, finally our collective attention can turn to tonight’s season-opener against the Bobcats of Ohio. (Well, as soon as y’all read the last couple season preview pieces matriculating through the system this afternoon.)

The preview is rather meaty once you get past the jump, and I have nothing else really to add in this little intro, so I will note that I’ll be running our first football LiveBlog, kicking off just before, well, kickoff. It appears as if I will be able to catch the game live via the magic of the Internet, so all systems should be go. Check back here around 6:45 p.m.

Now, can we please just get to the damn game already? I’m tired of waiting.

The Vegas favorite: UConn, by 3.5 to 4 points. UConn was 3-3 on the road against the spread last year, if you’re into that sort of thing.

Alumni to watch for: Ohio has a rather notable roster of alumni, ranging from journalists Matt Lauer and Peter King to media ragamuffins Jay Mariotti and Arsenio Hall, plus the people portraying two of the great characters in American television history – Bart Simpson (Nancy Cartwright) and Al Bundy (Ed O’Neill). Good on ya, Ohio.

Check out the game notes: Here for UConn; here for Ohio.

Preview Weekish Capsule: Here’s everything else you need to know about Ohio U.

What Changed Since Then: Very little. I wrote that like, a week(ish) ago. OK, one change – it looks like Theo Scott will get the start over Boo Jackson at quarterback.

Offense vs. Ohio defense: Ah, the great unknown. Who knows what Joe Moorhead has got cooked up? Other than the obvious – which is that UConn will be hurrying up and spreading it out. UConn will never be Quarterback U., but at the very least the optimism of a new offensive system allows us to ask the following questions:

Will Zach Frazer have matured from the last time we saw him – the disastrous Pittsburgh outing? Will Dwayne Difton be the receiving talent UConn fans have been desperate for? Will the wideouts show improvement in route-running and getting open? Will the play-calling take the shackles off, or will the conservative offensive gameplan prove to be a Randy Edsall Thing instead of an Everybody Else Thing?

Truthfully, I have no idea on any of these. We won’t fully know by Sunday morning, but we’ll be well on our way to answering those questions tonight. Frazer will get to work against a secondary that lost two starters and allowed 60 percent of passes to be completed (but just 191 yards per game).

In the meantime, there is something we do know: UConn’s offensive line is good. Just ask Ohio's MAC-mate Buffalo. RT Mike Hicks, RG Zach Hurd and C Moe Petrus all started every game last season, and all are among the better linemen in the Big East. The starters average over 300 pounds, and except for Petrus (6-foot-2), all are 6-6 or taller. It’s not really an accident that Jordan Todman ran for 6.3 yards per carry last season (he’s not going to repeat that, I know. But he’s a talented back; and while Donald Brown was tremendous, he had some help.)

Ohio’s defensive line is large, too, anchored by inexperienced 342-pound nose guard Marcellis Williamson. The battle in the trenches will be interesting to watch in the early going; I don’t expect UConn to dominate like they did in against Buffalo, but I’d be surprised if Jordan Todman had no running lanes at all. The Bobcats did allow seven opponents to run for 4 yards per carry, including the only two BCS teams Ohio played (Ohio State and Northwestern).

Tonight is all about working out the kinks of Joe Moorhead’s brave new world, and while all eyes will rightly be on Frazer and co., whether the Huskies win comfortably Saturday or not depends on line play.

Defense vs. Ohio offense: UConn’s defense was quite solid last year, but I expect something of a regression, at least early. A year after allowing teams to rush for just 3.4 yards per carry, the Huskies have an inexperienced and undersized defensive line.

At least for game one, we’ll notice a drop-off from Cody Brown/Julius Williams to Lindsey Witten/Jesse Joseph. Kendall Reyes and Twyon Martin at defensive tackle at least have starting experience, but they’re both relatively tiny (286 and 271 pounds, respectively) for their position, which could be a disadvantage against the run. The speed of the defensive line could mitigate that somewhat, but I’m skeptical.

However, I’m also skeptical that Ohio is capable of taking advantage. The Bobcats managed just 3.9 yards per carry on the ground and the left side of their offensive line (center included) graduated. I think UConn’s front four can do a reasonable job of clogging up the lanes and allowing Scott Lutrus, Greg Lloyd and Lawrence Wilson to do their tackling thing.

Which means Ohio’s offensive success would rely on the arm of Theo Scott. The senior has only started five games in his career (he was injured against Ohio State and missed the final 10 games), with some success. He had really solid numbers in the season-opening loss to Wyoming last season (26-for-35, 224 yds, TD) and he has completed more than 60 percent of passes (with a 6-4 TD-INT ratio) in his 12-game career.

He’ll have a tough time dealing with a (mostly) experienced UConn secondary; the 17 passes broken up and nine interceptions between Robert Vaughn, Jasper Howard and Robert McClain speak to that fact. Saturday also figures to be a nice trial-by-fire for redshirt freshman Jerome Junior, the surprise starter at strong safety.

If the Huskies elect to play vanilla and rush four, I could see the defense getting in trouble by failing to get in the Ohio backfield. However, I think the Huskies will use the talent in the secondary to their advantage, and use the linebackers to help stuff the run and blitz Scott.

Special teams and coaching: The Bobcats have a dangerous return team, with three kicks returned for touchdowns last season. Kick returner Chris Garrett averaged 26.9 yards per return to highlight a unit ranked second in the MAC by Phil Steele.

Ohio’s coach, Frank Solich, is better known from being the coach at Nebraska before Bill Callahan trashed the triple option. After four years at Ohio, Solich is 23-26, though that’s an improvement from some of the terrible Bobcat teams from earlier this decade (1-10 in 2001, 2-10 in 2003).

As noted in the UConn special teams preview, the Huskies had some issues here last season. Hopefully, there will already be a noticeable improvement in punt blocking and punt coverage; for now, I’ll take mere competence from the special teams crew.

The prediction: This is a sneaky-tough game, as I’ve said before. This game is basically Ohio’s Super Bowl, and their fans will be jazzed. Some of the more optimistic fans on the Ohio message boards are predicting 3-TD victories for the Bobcats. It’s imperative the Huskies knock the Bobcats in the mouth as early as possible.

UConn is the better team, I think, even if they are less experienced. Still, the talent gap is not nearly wide enough to feel really confident. Given all the change this UConn team has gone through since Jan. 3, there’s a pretty substantial list of stuff that can go wrong tonight in Athens. I fully admit to believing Randy Edsall’s hype, but I need to see that hype in action before I place my bets, so to speak.

Best-case scenario: Frazer does just enough to win the game while showing some flashes for the future; Todman shows that he does have some talent, and the offensive line shows that maybe it wasn’t all Donald Brown; and the defense shuts down the run, makes a big play or two and prevents Ohio from any long passing plays.

Worst-case scenario: Ohio returns the opening kick for a touchdown, Frazer gets rattled into a turnover (or five), the offense becomes frazzled playing behind with a new system, and Ohio hits the jackpot with a big play on offense.

I’m willing to be Jekyll or Hyde in this scenario, but come on: it’s opening day! The air is still crisp, the sun will be shining, and UConn is unbeaten as of this writing. This is no time for pessimism. As such: