Oh, so that's why they did it

Share All sharing options for: Oh, so that's why they did it 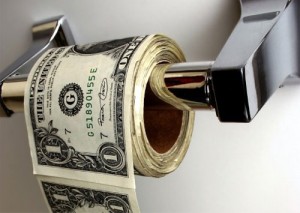 Remember the lovely brouhaha that erupted over UConn's on-again, off-again, never in CT series with Notre Dame? Well here is an idea of what UConn gave up by leaving it all behind. Just for this year's one-off matchup, the Huskies are collecting a fat $850,000, according to Fanhouse. Now, money is not everything, but canceling the six game series clearly meant leaving a lot of money on the table in the name of pride. The $850,000 is reportedly the largest amount UConn has ever received for a regular season game. To put it in perspective, UConn received $1 million for participating in the Meineke Car Care Bowl in 2007, but spent all but $25,000 of that amount on items like bonuses, new uniforms and camcorders. You will notice that those are all things that the school does not have to pay for when it plays Notre Dame.