As part of TheUConnBlog’s 2009 football Season Preview Week, we’re rolling out the position primers and opponent capsules. Today, we look at the Huskies’ sixth opponent: the Louisville Cardinals.

A brief history of Louisville football in pictures and quotes) 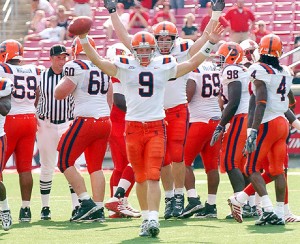 "Two losses is not the end of the season, but at the same time, I can't be sitting up here every week talking about how many mistakes we made," Cardinals center Eric Wood said. "There is no way we should be sitting here at 2-2. Absolutely no way." 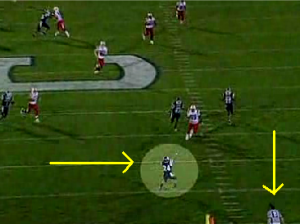 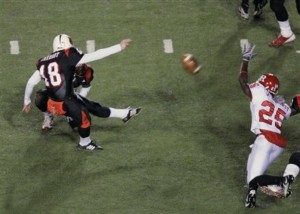 "I couldn’t ask for a better ending. One of my goals when I came here was kicking a game-winning field goal. I had to come down to the last quarter, the last play." 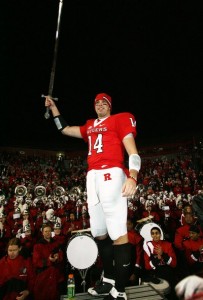 "Have you ever in your life seen something that appeared so sturdy wholly collapse this quickly? 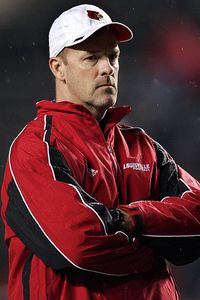 So sorry for your losses.

"When I said we’d spend the next two years rebuilding, there was a lot of flack that came with it. Nobody wants to hear that. [But] it’s a long haul and I knew that and I buckled up for it."

2009 outlook in 50 words or less: Everything seems to be spiraling down at UofL. Kragthorpe is rather disliked among Card faithful, having blown the last two years with NFL-caliber quarterbacks Brian Brohm and Hunter Cantwell. It could get ugly quickly if the Cards are under .500 by the time they play the Huskies.

The Boneyard melts down if: Victor Anderson hits L1, R1, triangle and L1 in order, rendering the UConn defense completely [EDIT: was I going for completely unable to think of a way to finish that sentence? Maybe I was.]

Bottom line: Want to go bowling? Very simply, this is a must-have for UConn. At home, against one of the teams actually expected to finish below the Huskies? Yeah.

Louisville has some definite offensive weapons – Anderson got my vote for first-team All-Big East at running back, and the receiving unit might be in the top 3 in the league. Complicating things is the quarterback situation, where for the first time in years the Cardinals are inexperienced. Justin Burke, the 2005 Kentucky HS Player of the Year and a transfer from NC State, appears to have earned the job.

The defense appears to still be shambolic. The numbers improved in 2008 from 2007 (369 from 416 yards against, 29.8 from 31.4 points against), but that doesn’t make them good numbers. Louisville didn’t record any sacks over the final five games of the season and their season total of 14 was the worst in the Big East.

All things considered, right now I’d have to put this down as a UConn win; as always, only one team in the Big East is so bad that the mere thought of losing to them repulses me; Louisville is not that team. On the plus side, if Louisville only has one or two wins heading into Oct. 17 – a real possibility with Kentucky, Utah, Pitt and Southern Miss among the first five games – Louisville fans might be rooting for the Huskies, too.