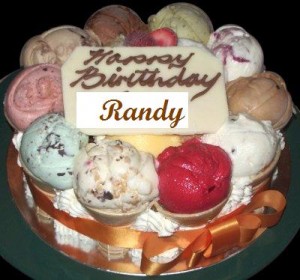 I love you like a fat kid loves this.

First off, we'd like to wish a belated happy birthday to one "Dandy" Randy Edsall. The shining star of Glen Rock, Penn., and the Machiavellian master strategist who holds the fate of your favorite team and mine, Edsall turned 51 Thursday.

Des Conner of the Courant caught up with the coach Thursday, and Edsall proved that even in his old age (to me, anyway. Take that, people who were alive before 1987!), he can still self-depricate with the best of them:

Tee hee, and good on the coach. Nice to see even Edsall can tap his inner Internet cynic.

Speaking of Internet cynicism, if you've been following the Twitter, you might already be aware, but: I'd also like to use this post to officially announce TheUConnBlog's Football Preview Weekish. Believe it or not, summer has flown by and football season is just nine days away. With the first kickoff between UConn and Ohio set for Sept. 5, we figured we might as well get our act together and give you a head's up on what to expect this season from the reigning International Bowl champeens.

So, over the next nine days, expect JS and I to pump out the content (and possibly Porter might even throw in his two cents). Namely, we'll be focusing on:

--Capsule looks at all 12 UConn opponents

--Return of the Porter-acclaimed "State of the Big East"

--TheUConnBlog's preseason contribution to the BlogPoll, which was released earlier this week.

So look for that over the next weekish. We'll wrap it up September 5 with a season overview as well as a game preview for that night's opener in Athens, Ohio. And then - perhaps, if I can find someone in the Garden State that gets ESPN360 - how about a LiveBlog? Sound good?