It may be time to forget those Fab dreams

Share All sharing options for: It may be time to forget those Fab dreams 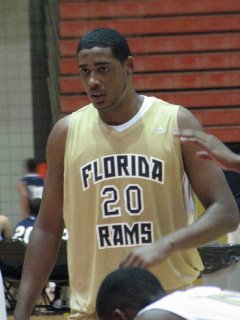 It seems Fab Melo, who has been the object of my affection for about a month now, will not, as I once hoped, be wearing an adorable husky dog on his pantaloons.

The Gainesville Sun recently spoke with Melo, and the 7-foot Brazilian said he has narrowed his choices to Louisville, Syracuse, Miami and Florida, with the Cards and Orange as the front runners.

"Melo, the seventh-ranked overall player in the Class of 2010, told me he wants to commit next week before he leaves to visit family in Brazil. However, a source close to Melo told me Wednesday, "He’s not going to Florida, I can tell you that." The source said it will probably come down to Syracuse and Louisville."

Several Boneyarders seem to think this report isn't accurate. But since the crux of their argument seems to be that he would make more money at UConn, I'll side with the Sun on this one. Besides, while the Huskies were in the running, they seemed to have the longest shot out of all of his finalists. Not for any particular reason. He just seemed to favor Louisville all along, and I'd be shocked if he didn't end up there.

Excuse my while I watch his highlight reel and weep a bit ... and occasionally chuckle when he has to wait for his helper to retrieve the ball.