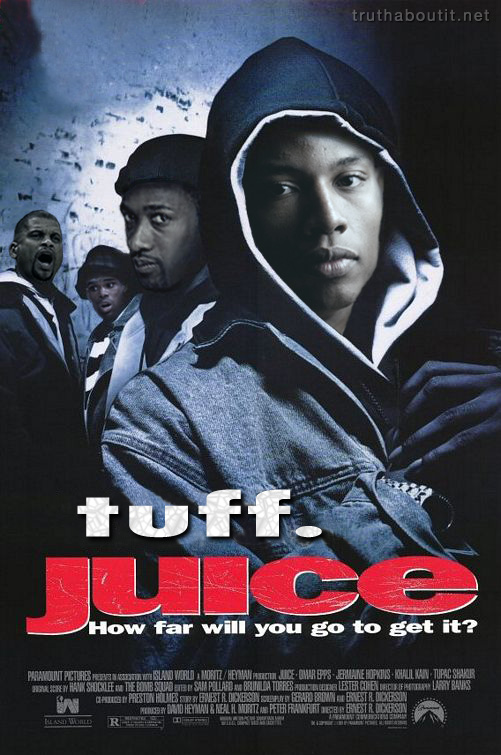 There is no denying that Caron Butler is a tough tuff man. Nicknames based on unyielding beverages are reserved for only the manliest of men.

But even the leathery Butler couldn't help but shed a few tears Monday when discussing how crucial Coach Cal was to his Tupac-like accent: He came from the gutta, but he's still here.

"Caron Butler's tears, flowing throughout a brief, emotionally charged speech Monday morning, speak to both his pain and joy. [...]

"'Coming here as a freshman, and going through the obstacles I went through in my life, you all inspired me,' Butler said during the Chamber's monthly breakfast at the Crowne Plaza Hotel. 'Coach, the changing point was being under your wing. You coached me like a father, and it means a lot to me to [have] come to this university after so many people had given up on me. That's why I try to get out there and give back as much as possible.'"

Not sure how, exactly, he had such a difficult upbringing in Wisconsin -- perhaps his bovine had mad cow disease -- but Butler sure had a few hurdles to jump over on his way to D.C. He was in juvenile court 15 times before the age of 15 (read the story -- it's top-notch), and Butler noted yesterday that all of his good friends from home have been buried over the past eight years (and I don't think he means up to their necks at the beach).

But then Butler changed his ways, and Coach Cal came into his life to whisk him to a magical place of halfcourt traps and weekends where breaking the law is encouraged, and away from the streets and natural disasters. Which brings me to my other point: Cal can scare the juvenile delinquency out of anyone. (Not named Doug Wiggins, of course.) Instead of "scared straight" programs, there should "be

Seriously, though, Butler is probably the best example of what giving someone with a few background issues a chance can do. Not to praise Cal too much here, but he takes a lot of flack for taking on kids like Butler. I know that had Butler not been blessed with the skills to slamma-jam, Cal might not have given him a chance. But it just goes to show for every Nate Miles, there are a few Caron Butlers out there.

"I get choked up, too," Calhoun said. "I just have found ways to hide it. ... I've never met a finer competitor. I just feel blessed, many times. I was thinking today about just how lucky I am to be doing what I do. People ask, 'Why do you keep coaching?' Caron Butler."

Tell me that doesn't get you a bit faklempt.