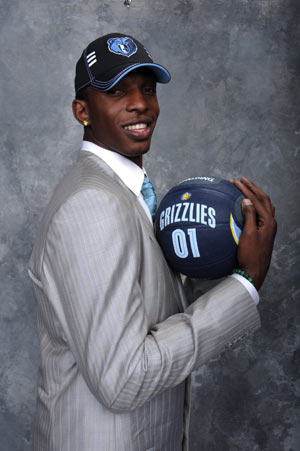 Hasheem Thabeet is officially a pro.

The former UConn big man officially signed this weekend with the Grizzlies, who chose Thabeet with the No. 2 pick in the draft, and will receive $7.7 million over two years.

But judging from his wardrobe the past two years, including a draft-day suit made out of old Milli Vanilli platinum plaques, I'm not sure how much of that money is left.

However, considering Grizzlies GM called him the franchise's best defensive center "since its inception," Thabeet should be making Bryant Reeves money in no time.