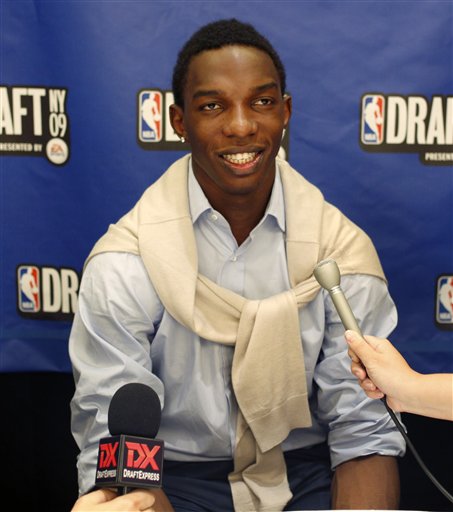 Thabeet has apparently turned into a 50-year-old white man since leaving UConn.

(Saw a similar post over at Card Chronicle, so I decided to steal the idea.)

Chad Ford has Thabeet going No. 2, A.J. going No. 54 to the Bobcats and Adrien undrafted.

Apparently he's trying to infringe on Ford's turf. Has Thabeet at two.

Probably the least reliable of the three biggies. Thabeet at -- you guessed it -- No. 2, Adrien to Cleveland at 46 and no Anthony Jordan.

Story on how even top 3 picks have questions: Washington Post

The case against Thabeet: Memphis Flyer

I'll be providing commentary via Twitter most of the night. Meacham is also supposed to be there, so I'll see if he can provide some Tweets as well.