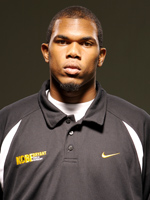 Hey, remember when things used to be posted here?

It's been -- wow -- about a month since I've graced you with my interweb presence, when I was finishing off a string of depressing posts about allegations, draft entrees and possible Dove departures. (Fortunately the latter proved to be false. And thank Dove for that.)

But now that I've taken about a month sabbatical to recuperate from the basketball season, I feel like it's time for a comeback, Paul Pierce style. The good thing is, the offseason is upon us and not much is going on. But I have a few posts I've been storing up while hibernating. And while posts will probably be less frequent as a result of it being the dead season and me being released into society with a meaningless degree, I'll be sure to get some stuff up here.

But enough with getting reacquainted. Not only do I bring the thunder back, but I also come baring news from the Cal front.

Just when Scottie Haralson thought it was safe to return to Storrs for his sophomore season, Coach Cal had other plans in mind.

The Courant's Mike Anthony reported that Haralson is considering transferring to Tulsa or reviving Phi Slamma Jamma at Houston.

"It's a strong possibility," Haralson said. "I talked to Coach. He told me that he likes me as a person and would not mind me being part of the program, but he said, 'If I were you, I would make transferring part of the consideration.'"

Sorry, Scottie. I love you, but I'm not in love with you. Actually, that might be a bit strong. More like, Scottie: I don't think you can play basketball all that well, and I'm letting you down easy so you don't give me a DDT.

Anyway, this is probably a good move for both parties.

Scottie certainly had his moments, like when he hit a career-high two shots against Delaware State. Or, most notably, when he missed all three 3-point attempts against Hartford.

But Haralson was beginning to become a bit of a novelty. And there's only room for one of those per team, and, well ... you know where I'm going with this. Besides, it's probably better for him to go be mediocre on another team then to spend his career hanging out on the bench.

(Sort of an aside: Do all teams purge themselves on dead weight the way Calhoun does? I mean, it's hilarious and everything, but is this really how college programs function?

I know Florida has had an absurd amount of cast-offs the past few years -- far more than UConn. But I can't help but wonder if non-Cal-coached teams designate unwanted players for assignment the way Cal has the past three or so seasons. I'm actually curious. So if anyone still reads this, comment away.)

Another tidbit in Anthony's notes was that Charles "Chuck" Okwandu is making some progress, both academically and basektball-y.

I'll let you read Anthony's update yourself, but I want to take this time to officially declare my support of Chuck for starting center in 2009-10. Most of the starting lineup is pretty much etched in stone, with Kemba and Dyson in the backcourt and Stan at the 3. But the frontcourt is pretty much up for grabs.

Let's say that Majok comes back like he says he will. Do you really want a frontcourt comprised of two freshmen (with Oriakhi as the other backcourt mate)? More importantly, will Cal allow that?

Probably not. And one would think Gavin Edwards would be the first person he turns to. And like most of you, that does not please me.

He has a year of at least practicing with the team under his belt, and while I don't know how well that prepares him to be the starting center, it can't hurt. He also flashed some skill at the defensive end in the few games he played (and by that I mean he's tall), so if he can do just that, I think it wouldn't be a bad move. Anthony helps support my point with this post.

Just a heads-up: The defense will probably be awful this season. Dyson is the most overrated underrated defensive guard in the conference, and everyone else will have to get used to actually playing defense; not merely funneling their defenders into Thabeet. Guys like Oriakhi and Majok will be raw, but at least they haven't picked up bad habits.

Anyway, Okwandu would help provide a defensive presence in the middle that you really can't get from anyone else on the roster, and it would also continue UConn's run of really tall guys. I'll admit it -- part of me just doesn't want to see that tradition broken.

AND, if the starting rotation is going to be denied the best nickname on the team, we might as well have the second best alias on the court. Long live the Chuck dynasty.

Kemba is a good basketball player

In case you haven't heard, Kemba was invited to the 19-U Team USA.

Way to go, Runner. I don't know what else to say, really.

Thabeet pretty much a top-3 lock

I'll have more on this in the future, but I've been playing really close attention to all the draft stuff that's being churned out. And pretty much everyone has Thabeet going either No. 2 to Memphis or No. 3 to Oklahoma City.

I would like to see him go to OKC, where they have a solid young core and one of the best uniforms in basketball. But it's looking like Memphis may scoop him at two.