This is a bad week for UConn athletics

Share All sharing options for: This is a bad week for UConn athletics 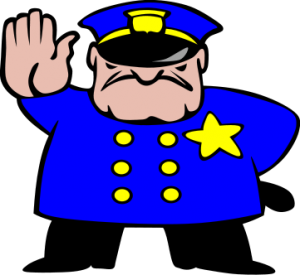 And not "bad" like "our quarterback situation is so bad we're bringing in Duke's all-time flop-meister to try out." (Oh, lord, will that make football season fun.)

First, as you read below, Ater Majok may conclude his illustrious 0-game UConn career by entering the NBA Draft (although the comments from Jim Calhoun lead everyone to believe that this is just a "testing the waters" thing - not that Majok wouldn't go anyways. But I digress).

Then today, reading the Courant, (Ed.: the story was broken by the Manchester J-I earlier Thursday morning) we learn that UConn's all-awesome linebacker Scott Lutrus was arrested for "interfering with a police officer" at a party at Carriage House Apartments, the traditional first night of UConn's fabled Spring Weekend. Lutrus, 21, and his 23-year-old brother were both arrested for the same charge after a fight broke out. They were two of the 19 arrested by police Thursday night, according to the Courant.

According to the New Haven Register's UConn football blog, Ramblings From The Runway, via Sox & Dawgs, we also learn that Lutrus, who was recently named a captain for the 2009 squad, fought the officers.

For those who may not be acquainted with UConn's Spring Weekend, I direct you to the Courant's coverage of Carriage, as well as their slideshow of photos from past Spring Weekends.

Let's just calm down, fellas. I'm sure every school has their share of misdemeanors, but is Lutrus trying to give Randy Edsall an aneurysm? (I like to imagine that Edsall threw a brick at his window in anger upon hearing the news, but he overthrew it and hit the ceiling.)

Seriously, guys - if you're an athlete, and a fairly high-profile one at that, stay in control this weekend. Because otherwise, on a night where 19 people get arrested, your name is the only one that will get its own story. If Jon Mandeldove can just kick back and have a good time while thousands of drunk college kids chant his name, can't we all?

Ugh. This was a bad post to come back from my post-Final Four haze.