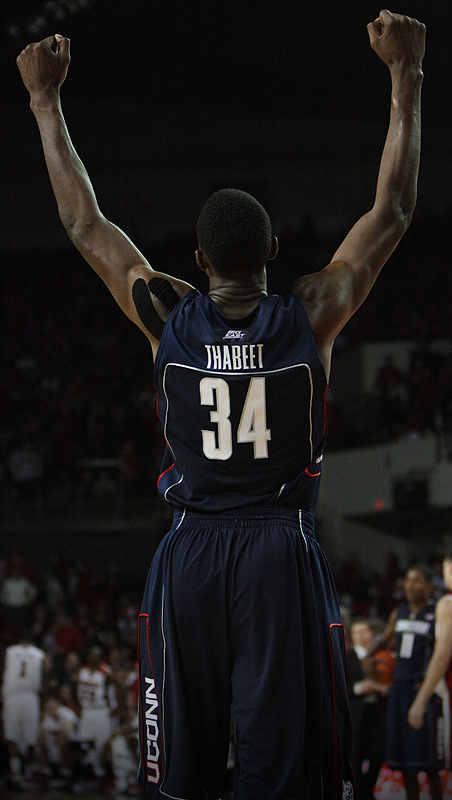 UConn center Hasheem Thabeet was named to the AP's second team All-American squad today. Thabeet, received 238 points in the voting, the most on the second team.