Share All sharing options for: UConn picks up commitment from three-star PG 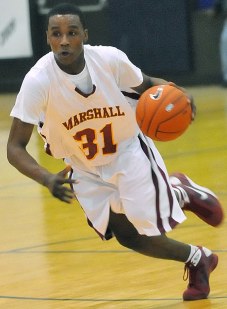 Chicago PG Darius Smith will join the fold next fall.

Rated a three-star prospect and the 19th-best PG in the class of '09 (113 overall) by Rivals.com, Smith was regarded as one of the best unsigned seniors, according to the Chicago Tribune. He reportedly narrowed his choices to the Huskies, Arizona State and Cincinnati before choosing UConn, and also held offers from Missouri, Purdue, Kentucky, Indiana, Marquette and Oregon State.

"UConn's style of play is my style of play--up and down the court," said Smith, a fist-team All-State selection who averaged 23 points, 7 rebounds, 6 assists and 7 steals this season. "With A.J. Price a senior, this was a good fit for them and for me. I pride myself on doing it at both ends of the court, just like him."

"I like the program and get along real well with the coaching staff,'' he said. "I will be a true point guard there."

Seniors Craig Austrie, Jeff Adrien and A.J. Price are the only ones leaving, and UConn had a open scholarship from the Nate Miles fiasco. but Smith's signing is pretty much a clear sign that Hasheem Thabeet is headed to the NBA after the season. (A kind sir reminded me that there will be a fourth open scholarship thanks to Miles' propensity to break restraining orders in less than 20 minutes.)